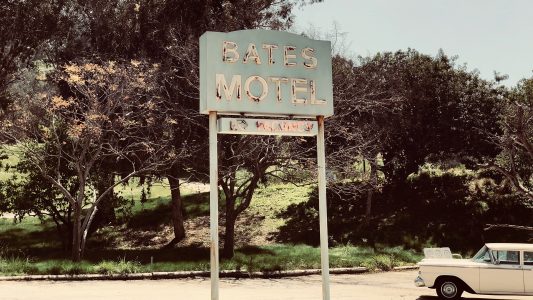 Every now and then, one of the most lucrative and powerful movie studios in America – and, by extension, the world – makes the bold decision to select a germinal and widely-appreciated title and, whether it was released decades or just years ago, take on a new cast, new script writer, and new editing team, and make it all over again.

Of course, for anyone who spent any time following the movie industry’s progress through 2020, the most notable example – for no other reason that the fact that it is the one that remains most fresh in our minds – is Ben Wheatley’s disastrous re-adaptation of Daphne Du Maurier’s classic and eponymous novel, Rebecca.

Starring Lily James and Armie Hammer as the newlyweds, this title landed itself straight into Netflix’s sprawling content library – but not without making a fair few waves among industry critics and amateur audiences alike, who panned everything from the costumes to the acting, writing, and set design.

And, while it may be a particularly strong example, it is by no means alone. The derision afforded by a bad remake is all too familiar – so familiar, in fact, that it is growing increasingly difficult to think up many titles that survived – not to mention thrived as a result of – a second pass through Hollywood’s golden gates.

So, is the re-make failing? Read more below.

Nostalgia Calls to the Original

What the majority of titles that made their way through the remake machine have in common is their cultural significance. Psycho, for instance – yet another of Hitchcock’s masterpieces to find its way back into the cutting room – is often celebrated as one of the most influential horror movies ever released onto our screens, and that is, arguably, why it was remade – to cash in once again on that success.

They evoke in many of us a sense of nostalgia, and that is a sentiment best preserved in the original, rather than a recreation or imitation. Consider, for instance, the popularity that gripped the very first Microgaming casinos, and how they begat an entire industry that continues to prosper around the world. Great swathes of that global can still be found checking the most popular Microgaming casino in Canada, rather than pursuing the brand new sites that can only hope to emulate that original success.

The same can be said for novels that attempt to cash in on the success of tropes and genres that have thrived among niche audiences. The TV adaptation of Game of Thrones, for instance, prompted a wave of fantasy copycats who, while they may have filled the hole left by the original series, were not generally perceived to have surpassed Game of Thrones’ popularity.

While it may be the case that some of the films that end up being remade and re-adapted were those that found very little success in the first instance, it is also the case that, with a strong cast and a panel of Hollywood’s best writers behind them, they also stood a better chance of success than their more influential counterparts.

The reason is relatively simple. For a film to enjoy significant (and historic) success, it needs to say or achieve something in a way that many films are unable to – in essence, by the time the credits roll around, there is nothing more to be said.

With this achievement, the original creators more or less preclude further iterations. Even the best writers will find that adding to the contribution made by the original writers is largely impossible, and that finding something new to say within a story that has altered millions of lives around the world is, for the most part, a futile effort.

Finally, films like Rebecca remain favourites of millions of cinephiles around the world. As such, they will be far more vicious in their criticisms of any film that attempts to step on the toes of the original. While the original may have made history, the remake was not only a million miles from being considered one of the best films of 2020, but it somehow already seems likely that the title will make its way onto a few ‘worst films of the decade’, too.