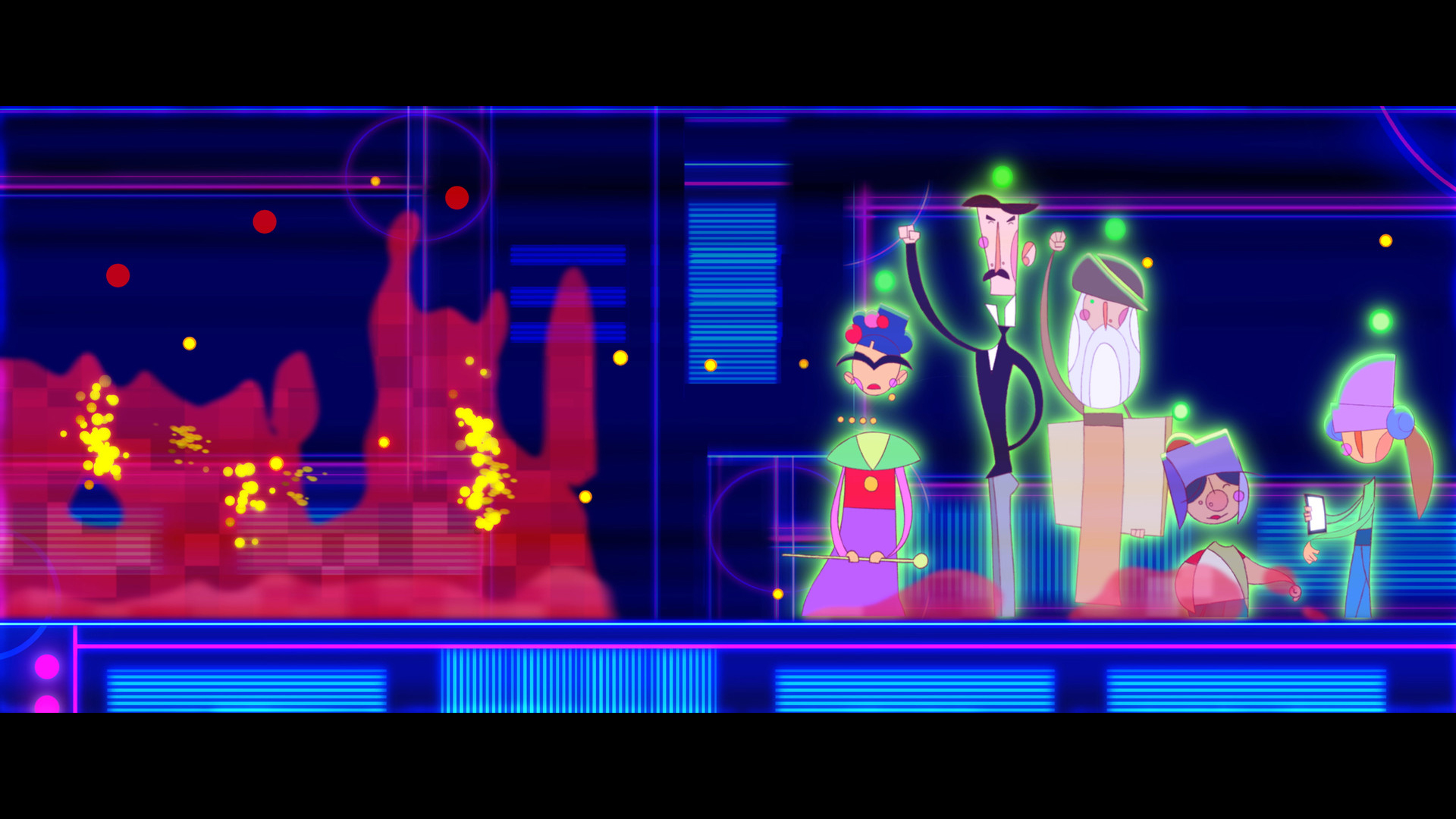 With On / Off, Nicolas P. Villarreal poses a harsh observation on social networks. He shows, in a symphonic film, how the social disconnects people from what is important: their creative spirit.

For his short film, the Argentinian director has chosen to use an animation reminiscent of cubism. This choice is particularly relevant given that the film features great creators. And although he is not featured in the film, Picasso was.

Villarreal also chose not to put dialogue, which allows the film to be seen and understood all over the world. You can add to this that pictures speak more than words could. Who does not know these little yellow men called “emojis”.

On / Off prompts the viewer to question today’s technology and how social media can be a huge distraction for the creative minds and the discipline.

The director puts the great creators like Frida Kahlo, Leonardo Da Vinci, Beethoven and Nikola Tesla in opposition to the people of today. What would have happened if Facebook or Instagram had made Tesla lazy or if Da Vinci had stopped creating because he was too “busy” looking at other people’s stories?

While these greats remain “On”, our contemporaries are “Off”. When we watch this film, we cannot help but reflect on our way of life.

In order to make his film captivating, Villarreal doesn’t just create beautiful characters and pretty pictures. He makes perfect use of Beethoven’s 9th Symphony (rearranged), as well as a lively original soundtrack.

The arrangement of this music and strong images can only lead the viewer to a terrible observation: social networks take up too much space in our lives. Here is a film that stays in mind several days after viewing, to reflect on our choices and our actions.