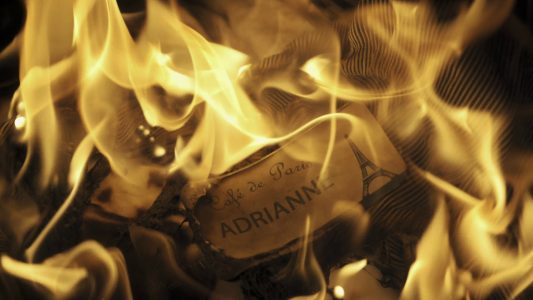 By Le Petit Septième
On 11 May 2019
Promotional reviews

« You can’t stop me forever, Angeline! » 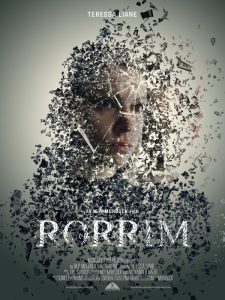 Adrianne (Teressa Liane) is the typical average person, she works as a waitress in a cafe and lives in a small, impersonal house. Things start to change when a series of memory blackouts undermines her routinely lifestyle.

With Rorrim, M. P. Murdock, offers an entry into the world of multiple personality with a beautifully directed psychological thriller.

The first thing that strikes us when we look at Rorrim is the quality of the image. The tones of blue and orange make it possible to place the atmosphere in a very efficient way. In addition, the visual effects showing the loss of consciousness of the character are very well integrated into the film.

Thanks to the great visual quality of the short film, the director manages to catch the spectator in his story and, especially, in his universe. A troubling and gloomy world.

By mixing the thriller with the mystic that we usually find in horror cinema, Murdock found a great way to amalgamate genres. When we add to that the superb performance of the Australian actress Teressa Liane, we get a striking short film. Especially since the film is an in camera that literally encloses Adrianne in her home and her mind.

For a thriller to be effective, one must be able to “mingle” the viewer. They must be brought to question themselves, to seek to understand. And this is another success in Rorrim. The first part of the film raises questions about the character of Adrianne in the viewer’s head. Then, in the second part, a real surprise awaits them…

Genre cinema is often predictable. But it is not the case here. Not only the visual aesthetic, the mix of genres and the quality of the acting make it a successful film, but the scenario is well built.

With simple dialogues, Murdock keeps the plot accessible, without making it uninteresting. It is a quality that is sometimes neglected. Too often writers get lost in stories that go nowhere… But Rorrim is a proof that a thriller can bet on simplicity to maximize the effect of surprise for the viewer.

In sum, this short film, which delights our eyes and strikes our imagination, is very pleasant to watch.

By Le Petit Septième
On 11 May 2019
Promotional reviews