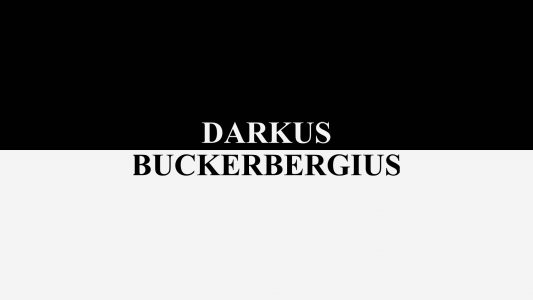 By Le Petit Septième
On 7 May 2019
Promotional reviews

“Department of the supreme court of justice is now in session.” 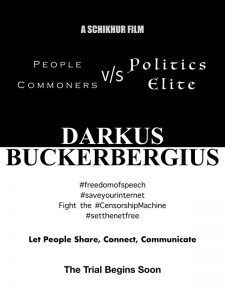 The revolutionary philosopher ‘Darkus’ has been summoned in court for death trial. The establishment is not happy with this philosopher’s work, for he is letting people connect and communicate from far off distances with ease using his revolutionary modern methods. Will another great philosopher be slaughtered by the courts? Let’s find out.

With Darkus Buckerbergius, Schikhur offers a plea against censorship that gnaws our world. It is by a trial that he stages this sad reality.

Darkus Buckerbergius is a first work. And, for his first film, the director does not hesitate to attack the system in place. I can only applaud the courage of the Indian filmmaker. No matter where you are in the world, denouncing the power in place is never easy. It is an interesting idea to stage a trial in which a philosopher is accused because he promotes freedom of speech and the liberation of the internet.

Freedom of speech and censorship 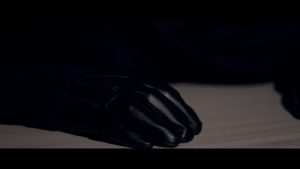 This advocacy is fully topical, the debates around the relevance of social networks constantly come back. These networks are a great way to spread ideas, but freedom of expression is constantly censored by those who run these big companies. For example, it is not uncommon for Facebook to block a publication. And, often, the reasons are rather blurry.

In the film, through the exchanges between the two characters, we are led to reflect on the value of this freedom of expression, but also on the censorship that serves as a hidden standard in our world. But who decides on this standard? Don’t we tend to simply accept it without questioning?

In Darkus Buckerbergius, we rely on dialogue to get the message across. No big special effects, no bling bling. Texts and changes of angle are enough for the director to convey his ideas clearly.

Schikhur’s first short film stirs the debate. It only remains to see if the message will pass. Anyway, if you like debates, you will find the dialogs of Darkus Buckerbergius worthy of interest.

By Le Petit Septième
On 7 May 2019
Promotional reviews