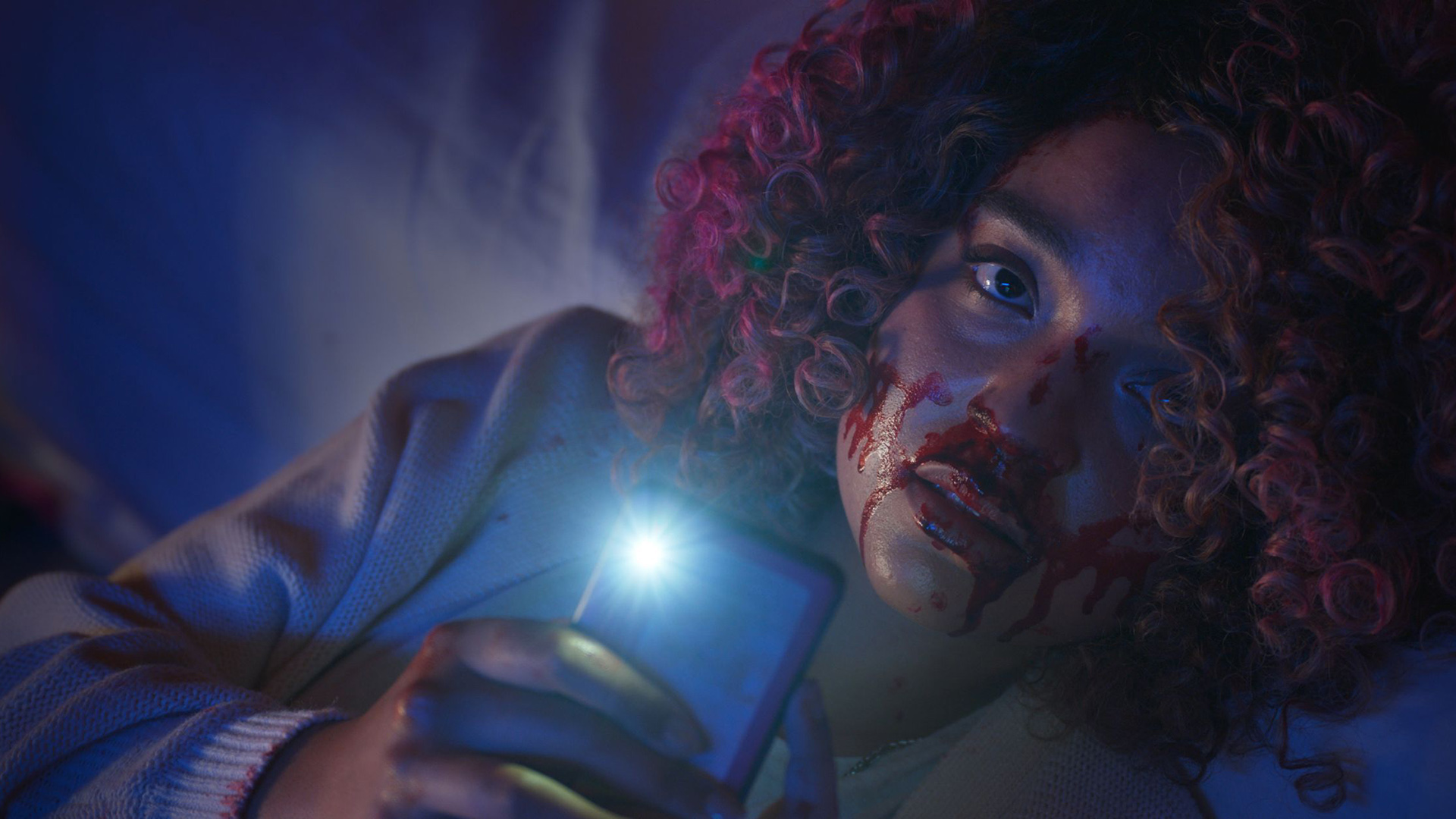 [Fantasia] Sissy — The Mad Revenge of an Influencer

Cecilia (Sissy) and Emma were tween-age BFFs who were going to grow old together and never let anything come between them. That is, until Emma’s new friend Alex did just that. Twelve years later, Cecilia is a successful social media influencer living the dream of an independent, modern millennial woman… until she runs into Emma for the first time in over a decade. Emma invites Cecilia away on her hen weekend at a remote cabin in the mountains, where Alex proceeds to make Cecilia’s weekend a living hell.

With Sissy, Hannah Barlow and Kane Senes offer a film that wants to be an original mix between horror and satire. Unfortunately, the particularly weak screenplay, the amateur direction and a subject which arrives 5 years late make it a tasteless and boring film.

Sissy is supposedly a satirical look at the self-victimization of millennials in the age of social media. A mix of genres between horror and satire. Already, reading the statement of the directors on this subject, one has the impression that they have not watched any films in the last 5 years. These films that attack new generations who have grown up with social networks are already at risk of falling into ease and a lack of originality. This is exactly what happens here.

This feature film would be a critique of this very digital way of living? But in this case, why the criticism goes through the character we hate the most: that of Alex, the bully who attacks the main character?

Then, the film is neither funny, nor scary, nor amusing, nor exciting, nor… In fact, it is simply boring! If it wasn’t for the end, my rating would be 1 point lower. Do they miss the mark because of the actors who are simply ordinary, or is it rather because of the weakness of the screenplay? Maybe a bit of both. I would add to that the unimaginative direction which, when something is tried, turns out to be a bad idea.

I would ask the following question, too: if these poor millennials can’t live without their phones, how come they all die when their phones have been forgotten somewhere? A little logic please!

Clichés and lack of research

Before explaining the sadness of the clichés peddled by the film, I would like to mention something good and possibly representative (yes, yes, there are some) of reality: the normality with which the LGBTQ community is represented. The brides-to-be are two women, surrounded by friends whose sexual preferences are clearly unclear, and the fact that it’s not an issue offers a modern and realistic perspective of this famous generation. But as I said a little earlier, the fact of staging non-heteronormalized characters is no longer enough to say that a film is relevant.

So the clichés, I was saying…

Two women are going to get married. Of course, as this is a so-called “pride” couple, you have to have rainbow-colored scarves. Above all, we should not ask ourselves if these people are proud to be members of the LGBTQ community. Of course, too, the only guy is a real loud-mouthed bitch who can’t stop talking against others behind their backs. And to be sure to be fair, we feature two white women, two blacks and an Asian.

But what disturbs the most is not so much the clichés, as the use of mental illness. It looks like this script was written in the 1990s, so much it offers a past vision. Sissy has mental health issues and obviously is ostracized, portrayed as crazy and prone to violent mood swings. Yes, this type of person exists. If that was the only big cliché, we could live with it, I guess. But it’s so big, you can’t believe this girl would be so comfortable in Australian society.

She has no psychological follow-up and, if we look at her reactions during the party which goes wrong, it is almost impossible for a person like that to be so free in her movements. Except maybe in Quebec… But that’s another story.

You know when a movie’s premise is problematic from the get-go? Emma invites Cecilia over on her girly weekend, to a secluded house in the mountains, much to the dismay of bridesmaid Alex, whose scarred face has only deepened her grudge against ‘Sissy the Sissy’ after all these years. After all these years, means 12. Yes, we all invite someone we haven’t seen in a dozen years to a bachelor or hen party. Especially if the last time we met her it ended with one person seriously injured and another in psychiatric care.

Sissy’s story would work better in a more typical horror movie where logic isn’t as important as blood and sex. Unfortunately, there is little blood in Sissy, and no sex at all. The program rather offers a good dose of boredom. Here’s a movie you won’t have to put on your bucket list…

Sissy was presented at the Fantasia festival on August 19, 2022 and will be released on screens in September 2022.