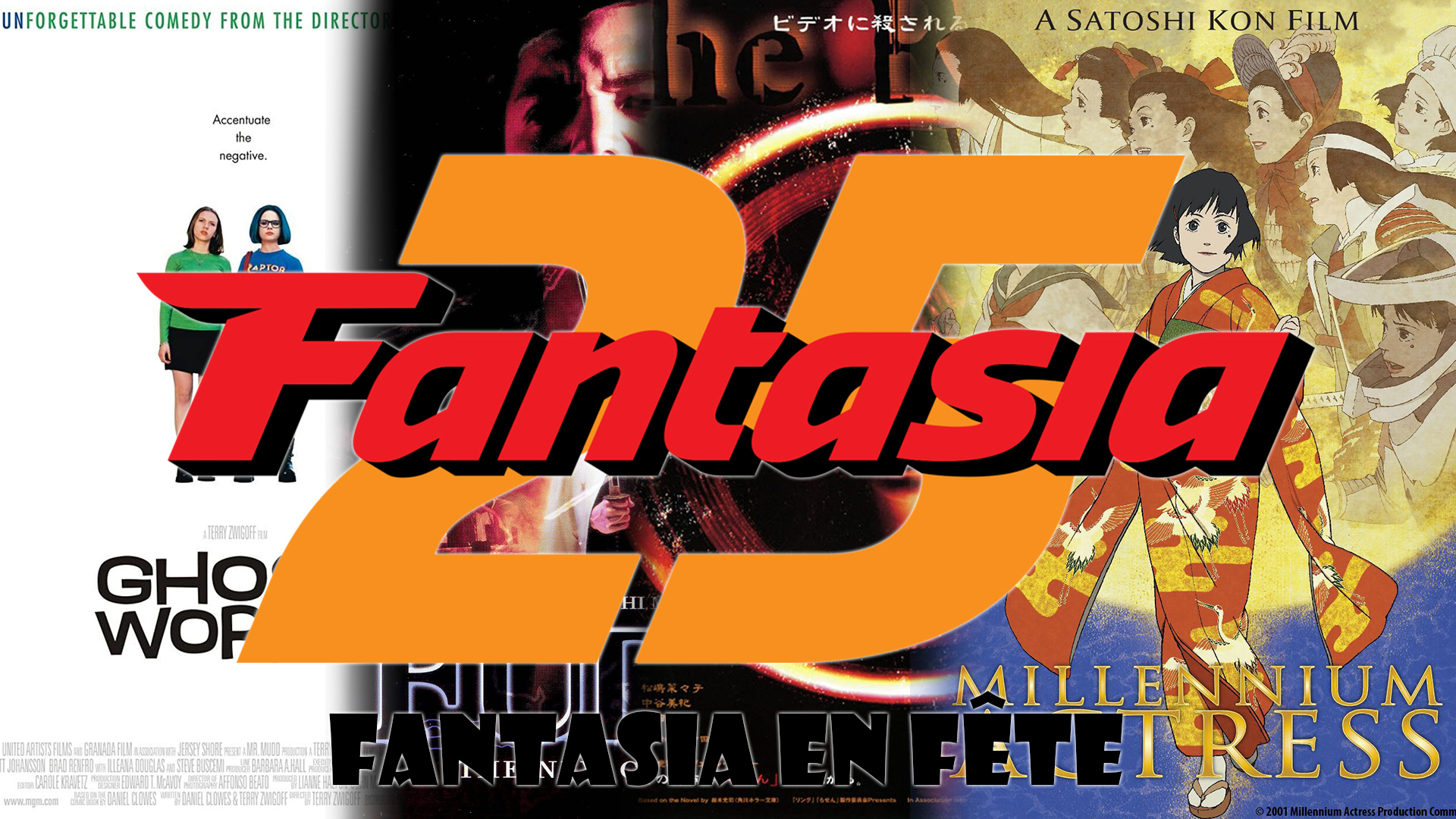 By Francois Grondin
On 10 December 2021
News

The Fantasia International Film Festival is offering a second series of free screenings, held as part of its 25th anniversary. From December 10 to 19, Fantasia is therefore offering 13 films to moviegoers.

All screenings will take place at the J.A. de Sève cinema at Concordia University (1400 boulevard de Maisonneuve O), one of the Festival’s summer screening rooms since 2003.

It should be noted that even if the screenings are free, you must reserve your place and present a valid vaccination passport.

A yakuza thriller like no other, the transgressive action freakazoid of filmmaking that introduced Takashi Miike to Fantasia returns in a new 4K scan.

A videotape transmits a curse that kills in seven days, in this instant classic that influenced world horror cinema for over a decade.

A supercharged homage to the post-apocalyptic works of the ‘80s, from the gifted trio of Québécois filmmakers, RKSS.

The 4K restoration of the masterwork from the late anime visionary Satoshi Kon, strikingly beautiful, formally inventive, and emotionally rich.

Teen angst intersects with middle-aged alienation in this miracle of an outsider comedy that never ceases to surprise and entertain.

Winning praise from Martin Scorsese, HAN GONG-JU verges on perfection. It’s impossible to remain unmoved by this drama, as relevant as it is powerful.

Marina de Van scripts, directs and stars in this unforgettable body-horror drama, one of the boldest and most powerful French genre works of all time. Archival 35mm print.

One of pop culture’s most infamous and iconic cult kung-fu films, directed by Chang Cheh, a master of the golden age of martial-arts cinema.

Death is just the beginning in this beloved ’80s horror/comedy splatter classic based loosely on the works of H.P. Lovecraft. Rare 35mm print.

A colourful shipwrecked Martian becomes friends with two young Québécois. See this crazy holiday comedy with the whole family in its restored version.

A unique and oft requested cult classic from Malaysia, taking aim at corporate and media culture by way of an inimitable musical comedy!

This whimsical musical featuring talking toys, an endearing kaiju and a J-pop star could become a Christmas classic!

To find out more about the full program, just visit the Fantasia en fête website.

By Francois Grondin
On 10 December 2021
News