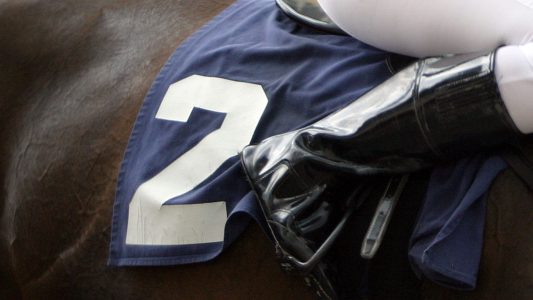 5 Sports Betting Movies You Must See

By Francois Grondin
On 1 September 2021
Opinions

A few weeks ago I saw the movie Dream Horse, a great movie that deals with, among other things, sports betting in the world of horse racing. This film, which offers a classic story of triumph over adversity, made me want to see if I had ever liked other movies touching the world of sports betting.

I found a few. After a little sorting, I kept 5, which I present to you here. I ordered them by year, starting with the oldest.

The Chicago White Sox, considered the crème de la crème and one of the best teams in the major leagues, have just won the American League Championship and are favorites to win the World Series against the Reds. While team owner Charles A. Comiskey publicly brags about the superiority of the squad he has assembled, especially in cohesion, he is unaware that cohesion in players’ determination to win is matched only by their feeling of non-appreciation from Comiskey, especially financially. He screws them again and again on the promises made, especially at the level of salaries. Sensing an opportunity, some professional betting players begin to set up a lucrative scam by fixing the outcome of the games in advance.

There are ultimately eight players who participate to varying degrees. Things get out of hand quickly as each individual looks out for their own interests.

This semi-fictional account of the 1919 World Series scandal known as the Black Sox Scandal is presented in a simple, yet effective way. This is a movie that every baseball fan should see. Especially those who like to bet on matches. 😉

Turkish and his friend / accomplice Tommy are drawn into the world of match-fixing by notorious mobster Brick Top. Things get complicated when the boxer they had chosen to win is badly beaten by Mickey.

The latter enters the equation after Turkish, an unlicensed boxing promoter, wants to buy a trailer from gypsies. They then try to convince Mickey not only to fight for them, but also to lose for them. While all of this is happening, a massive heist of diamonds takes place and a handful of motley characters make history, including “Cousin Avi”, “Boris The Blade”, “Franky Four Fingers” and “Bullet Tooth Tony”. Things go from bad to worse as it all revolves around the money, the guns and the damn dog.

As well as being a movie that deals with the underworld of street boxing betting, Snatch is a beautifully scripted thriller. Not to mention Brad Pitt, who’s memorable!

Benny passed his studies, being a genius in mathematics. But the one who earns money in sport, thanks to him, is the bookmaker Troy, who, however recruits him as a subcontractor, making a few thousand dollars. The following year Benny started out on his own, with a few dozen student vassals, and won a hundredfold. Then a friend’s big brother, Chicago’s stockbroker Joe Jr., doesn’t blame Benny for a loss of $ 6,000, but plants the idea of ​​cheating by playing the “spread” through an accomplice athlete. They, therefore, recruit the NBA-class university basketball player, Stevin “Hedake” Smith. Local drug lord Big Red makes his mark as a second investor, but Benny manages to keep it a secret from Joe’s “family”. Alas, Benny also makes a female conquest: Callie, the daughter of Caroline’s horse breeder, whose moralizing harassment of not “wasting his talent” makes work, study and dating too difficult. Unfortunately for the young man, one day he dozes off for too long and is not where he should be to make it all work, in a business that rarely forgives losses. Then the FBI begins to investigate suspicious statistics…

Bookies centers on four college friends who turn into little bookies. But when their small business gets out of hand, they find their world spirals dangerously out of control when their greed catches the attention of organized crime.

Rather than using the dramatic format, Illsley chose comedy. That’s what makes this movie interesting.

Brandon Lang lives for football. But an injury keeps him away from the pros. He suddenly realizes that he can anticipate his quarterback, which makes him a brilliant predictor of game results. Needing money, he left Vegas for Manhattan to work for Walter Abrams, and advise the betters. Walter has a dedicated wife, young daughter, and a thriving business, but he has problems: a bum’s heart, the belief that he is a master manipulator, and barely mastered addictions. He remakes Brandon and a father-son relationship develops. Then things go wrong. Walter may be running a scam.

Al Pacino and Matthew McConaughey… What more can we say?

You are now ready to get started in sports betting. 😉 Why not doing it online? There are many places where you can do it. You can make a search, or simply go to the 22Bet Registration page and give it a try.

Are you more into basketball or Tennis? Or even into eSports? It’s all there!

By Francois Grondin
On 1 September 2021
Opinions