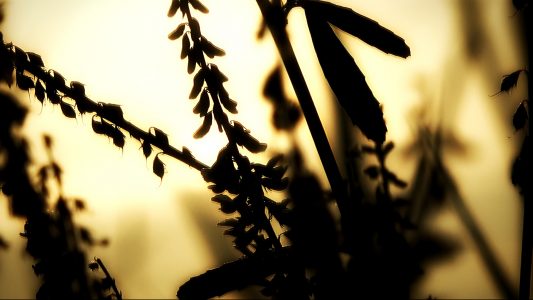 “I am moving in a gigantic universe. Disproportionate. Transformed. An unknown scenery.”

“This morning I woke up with a feeling of oppression. With the feeling that everything was larger than life around me. That I was little. Very small… and alone. Isolated… ”. It is with this singular narration of the main character that begins this short film from a web series of 8 micro-episodes, and produced in the form of a video diary. The main character, lost in a hostile, unknown but strangely familiar universe, reveals his observations following a forced landing. This poetic and narrative work presents a world beyond scale, without human presence, composed exclusively of mineral and plant elements. Science fiction or observational poetry? This trip — which is intended above all to be interior — addresses various universal themes including loneliness, beauty, immensity and fear. Dreamlike universe or landscapes without a point of reference with our reality… what is this universe? The protagonist will have 8 days to find out.

With Un gigantesque petit univers, Alessandro Cassa proves once again that he is a master in the art of film storytelling. We watch this film as we listen to an old man telling the tale of a thrilling life.

Cinema is the union of sound and image… It’s obvious, you might say. And yet, here, it makes perfect sense. Cassa has a unique way of uniting beautiful images and deep texts. Without using actors, as he had done for his award-winning Acarus Dumdell ou la théorie de la fiction, the director plunges the viewer into a trance, an incredible sense of well-being.

Un gigantesque petit univers looks like a tell tale. You know, the way storytellers tell their stories? We can close our eyes and just listen to them. We see the wonderful images deep in our hearts. That’s exactly what Cassa is offering us here. But no need to close your eyes. The images on the screen are exactly those that would be deep in your imagination. They may even be more beautiful.

This luminous tale, with epic music, is nothing less than universal and timeless. Show it to an Indian, an Italian, a Quebecer or even a Senegalese, and the effect will be the same. Who has never felt lost, destabilized, alone? Who has never been imbued with a great sense of well-being?

What more to say…

The images are beautiful and they say everything there is to say. We add to that the fantastic music and the narration (and especially the text) deep, true, pure, and we end up with a strong work that will remain relevant in 10 years from now. Definitely the must-see short film this year!