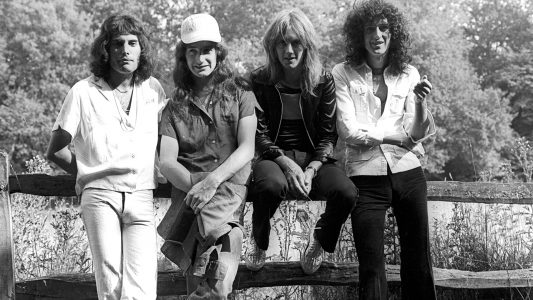 Rockfield: The Studio on the Farm — Mythical place

“50 years ago musicians started arriving at a studio on a farm. This is their story.” 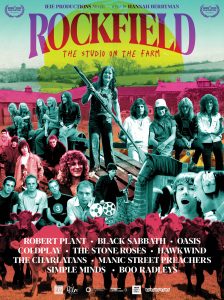 50 years ago, deep in the Welsh countryside, two brothers were milking cows and preparing to take over the family farm – but dreamed of making music. They had the audacious idea to build a studio in their farmhouse attic and record their own tunes. Animals were kicked out of barns and musicians were moved into Nan’s spare bedroom. Inadvertently, they’d launched the legendary Rockfield studios.

Rockfield: The Studio on the Farm is director Hannah Berryman’s first feature-length documentary, in which she introduces us to the sometimes surreal universe created by the Ward brothers.

The documentary presents the history of the Wards in chronological order: from creation in the early 1970s to recent productions. It’s also great proof that, sometimes, it’s worth chasing a dream. No, the Ward brothers haven’t turned into a big band. They haven’t really had a career as a band. But they have earned their place among the greats of music production.

To illustrate her point, the director uses numerous archive images, and some animations. The compelling tales of the Wards and the various artists do the rest.

Basically, Rockfield: The Studio on the Farm is a kind of tribute diary to two men who lived and brought to life the passion of music. Usually, this kind of movie quickly falls into boring and irrelevant memories. But here, the speakers are so interesting and fascinating that I have no other choice but to have really liked it. After all, who doesn’t love a dream come true story?

We are told, among other stories, that this is where Queen recorded Bohemian Rhapsody and that it is also there, looking at the starry sky, that Chris Martin would have written Yellow.

Rockfield: The Studio on the Farm is a story of dreams, drugs and rock & roll, intertwined with a family business’ struggle for survival, in the face of an ever-changing musical landscape.

Told through archives, animations and personal interviews, legendary musicians tell us their amazing Rockfield stories — sharing with us the ups, downs and magical moments that have created some of the most famous, and the most beloved songs in rock history, from Paranoid to Yellow.

Let me conclude with 4 quotes that will make you want to watch Berryman’s film:

“We used to smoke marijuana and smoke a bit of hash and play music. Sometimes record under the influence of organic mescaline… we were renowned for doing that.” — Dave Brock

“You lived there and you didn’t leave the studio until you had your album finished. It’s like the Big Brother house, innit, but with tunes.” — Liam Gallagher

“It was very much like some sort of musical Hogwarts, we were sent away to figure it out.” — Chris Martin

You can watch the film here.