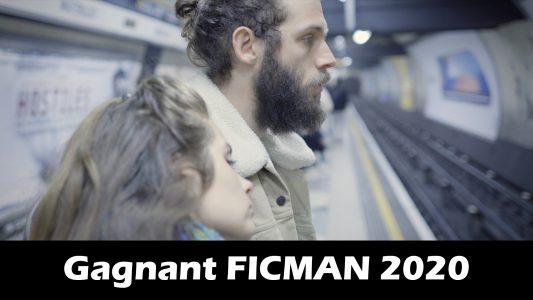 “ Well, if you like it ’cause it’s dull… Bloody hell you’re gonna love me” 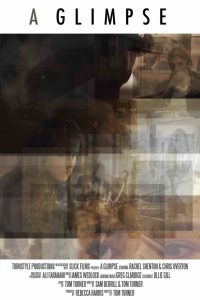 A blossoming relationship unfolds when two strangers have a chance encounter in a London cafe.

With A Glimps, Tom Turner succeeds in showing in 10 minutes what the expression “what if…” means in a relationship. This might not be the perfect movie to watch if, like me, you’ve just been dumped, but it’s a movie that shows pure reality.

The great strength of Turner’s film is its timelessness and the fact that it could happen anywhere. People pass each other every day in cafes, parks, public places. In A Glimpse, it happens in a cafe, at lunchtime. The characters, it’s you, it’s me, it’s anyone. It doesn’t matter, because they are the representation of an ordinary, normal, regular human. Few films feature two well-crafted, complete, but so common characters.

And one of the hardest things for an actor is to play an ordinary person. Rachel Shenton (Jess) and Chris Overton (Alex) are perfect. Over their very simple conversation of a first meeting offered by the chance of life, will appear the images of their life together…

Voice over or superimposed images

“My main aim with this film was to build up a romance and stage a breakup that felt as authentic as possible, without their actually being any ‘villain’ to speak of, just witnessing over a period of time two individuals drifting apart.” says the director.

How to show a meeting, a relationship of several months, even years, in a few minutes, when hordes of directors fail to do it properly in a feature film? The director had the brilliant idea of superimposing representative images of a relationship, while letting the dialogue of the meeting at the café unfold.

Therefore, while the characters get to know each other, the images allow us to discover the evolution of their relationship: the beautiful, the wonderful, the sad, the end… A touching, beautiful and true film emerges.

Anyone who has been in a romantic relationship that ended in a break up will recognize themselves in A Glimpse. Strangers becoming important figures for each other, to end up getting lost. What could be simpler and truer.

In the end, A Glimpse tells the “what if…” of life. What would have happened if I had sat down at this table instead of going out because there was no room?