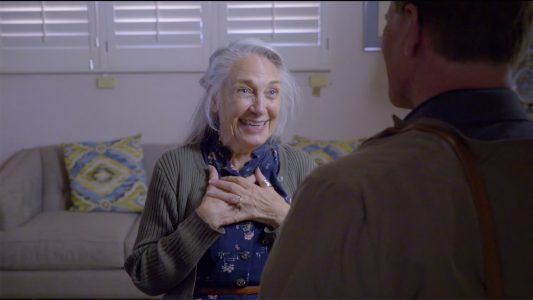 “Point of fact, she’s getting much better. Thanks to the power of prayer.”

When a woman develops Alzheimer’s her husband denies her condition to others, yet tries to “cure” her with his homemade regimen. Her son, convinced she deserves better treatment, fights with his father. The conflict escalates, until a tragedy leads to the revelation of a deep family secret.

With Mother’s Day Memories, Matthew Michael Ross and Bill Hoversten offer a heartfelt testimony to what it’s like to have a loved one with Alzheimer’s. And he makes an honest film.

Caring for a person with Alzheimer’s is accepting them on their own terms, even if they no longer remember us. Their changes are our challenges, so their memory loss must be faced with love. This is what the director wants to demonstrate with his short film.

The dynamics are well shown. It is well understood that it is often the stubbornness of a loved one to deny the disease that makes it more difficult to implement specific care. Here it is the husband who refuses to accept his wife’s illness. “It was about creating awareness through a lens.”

And to make his film more exciting, Matthew Michael Ross added a punch at the end. But is this element of surprise useful to the story? Not at all. Honestly, it would have been better to focus on the disease and come up with a justifiable end, which could bring the viewer into real awareness.

When an actor spoils the sauce

Sometimes there are details that make a movie more difficult to appreciate. In the case of Mother’s Day Memories, it is the performance of Kat Kramer, in the role of Michelle. And unfortunately, she appears at the very beginning of the film, in the first dialogue. Her performance is bad enough to make the viewer lose interest. And in a short film, if you lose interest early, there isn’t much time to get back into it.

When we add the slightly weak scenario to that, we end up with very few arguments to support the project… It’s just too bad, because the cause is important. 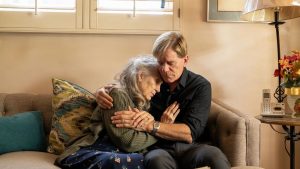 Unfortunately, you don’t make a good movie with good intentions.

That being said, Alzheimer’s disease deserves our attention. And it is in order to educate people that Mother’s Day Memories was produced. So, despite everything, I encourage you to watch it. It is available at the very end of the text.