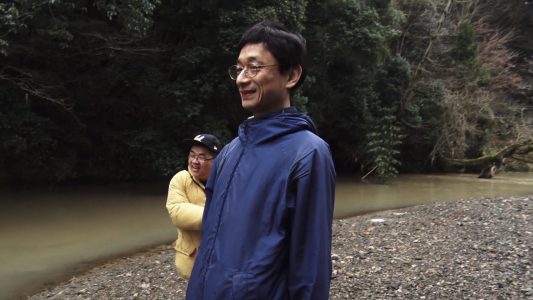 Me and the cult leader (Aganai) – A Little Chit Chat 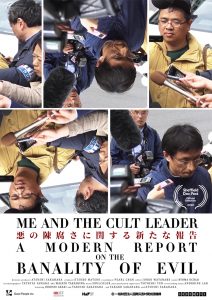 Badly injured during the 1995 Tokyo metro sarin gas terrorist attack by the doomsday cult Aum, director Atsushi Sakahara embarks on an intimate and exacting journey with the cult’s executive Hiroshi Araki to record the parallel life paths of the victim and perpetrator.

With Aganai (Me and the Cult leader: A Modern Report on the Banality of Evil), Atsushi Sakahara offers a documentary in the form of a road movie. Certainly one of the most surprising films of the year.

In five coordinated attacks, on the Chiyoda, Marunouchi and Hibiya lines of the Tokyo metro, a member of each team pierces a bag on the ground containing pockets of sarin in liquid form, with the tip of an umbrella, leaving the gas to evaporate and diffuse in the five crowded cars at rush hour. The results, relatively light given the extreme toxicity of this substance and the nine million daily users of the metro, would be due to the poor quality of the product, which is very difficult to synthesize. This does not prevent some victims from being paralyzed for life, others remaining in a coma for decades.

The attack is directed against trains passing through Kasumigaseki and Nagatachō, which house the Japanese government. It is the most serious attack in Japan since the end of World War II.

The final toll is thirteen dead and more than 6,300 injured, including temporary vision problems.

A long chat between two solitudes 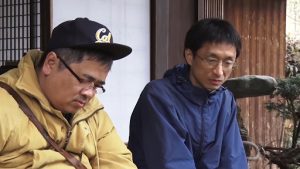 From the first scenes, the tone of the film surprises. Sakahara recalls a good-natured Michael Moore while Araki looks like a melancholic accountant. It is through a (long) trip to their respective hometowns that the two men will discuss like two old friends about their relationship to the world and their social isolation.

The main strength of the film is also its weakest point: no sensationalism. It’s good because it creates a simple documentary, in which we don’t have the impression of being “sold” a product, an ideology. And yet, the director will quietly lead his guest into a corner and almost succeed in getting him to admit that he’s wrong with his faith. But this non-sensationalism is a weak point because the film is boring.

Despite a subject that has everything to shock or to make people react, one passes through a long 2 hours of chatting between the two men. Sakahara explains what the attack caused him, and Araki explains his faith and his reasons for continuing to believe. There are long moments of silence between the two men. Shots of the leader thinking, taking time to answer questions well. We see him cry. We see him laughing. All this in a journey that will take the two men to the countryside, with their family…

Then, the most striking scene of the film: Araki meets Sakahara’s parents. A highlight of the cinema verite. What would you say to the man at the head of the group who caused your son so much physical harm? 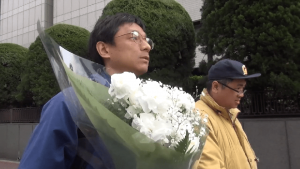 It is rare that documentary cinema can offer a meeting between a victim and his torturer. Well, Araki isn’t the one behind the attack. But since he is now one of the cult leaders, he is in a position to give true answers. But Japanese being who they are, the answers are often lost in philosophy. Since Araki was just new at the time of the attack, he doesn’t know the real reasons behind the attack. And since we don’t suppose as much in Japan as here, he offers the only answer he can give: I can’t really answer because that would be just guesswork.

In the end, Me and The Cult Leader remains an interesting film, which shows that a dialogue can always be possible between a victim and those who have hurt them. But it’s also a bit too long of a film, which looks a bit too much like a chat between two friends.

Me and The Cult Leader is presented at the RIDM 2020.