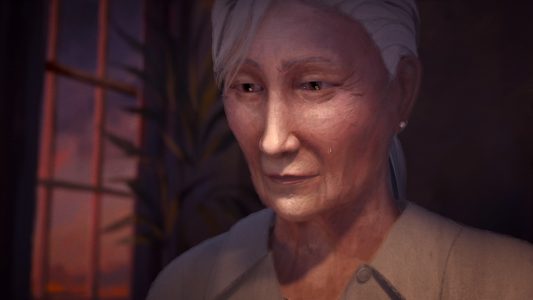 Sometimes it happens by chance. Like my “meeting” with the works of Ben Brand. But first of all, who is Brand?

In 2010, he graduated from the Dutch Film Academy in Amsterdam as a director. His very first publicity for the Young Director Award festival in Cannes has won several awards, including the Golden Hammer in Latvia, the Silver Drum in Slovenia, a Cresta Award in New York, and has been nominated for 2 Cannes Lions.

Then, he directed several advertisements at Caviar Amsterdam as well as two short films; Life is beautiful (3D animation which I tell you about below) and 97%. These films have been screened in more than 150 international film festivals, winning numerous prizes. In 2017, Ben’s first feature, Find this dumb little bitch and throw her into a river, received numerous awards during his world tour.

Ben is currently creating ads around the world and has just finished two new short films. Sea You (the second film I tell you about below), an animated short film for Pathé Cinema’s in the Netherlands. And Re-Entry, based on a short story by Andy Weir. 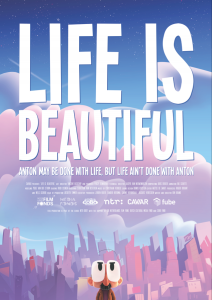 Anton may be done with life, but life ain’t done with Anton.

Life is beautiful is a humorous animation about the impossibility of escaping destiny. It is difficult to talk about this short film without selling the “punch”. But I will try, because it is worth it. You can watch it for free at the end of the text, by the way.

Anton, is this little miniature man that nobody notices. The foreground of the film shows him at birth, in the hands of the doctor, who holds him by one foot with a questioning look. Then family photos. The tone is set. Funny and touching.

The brightness of the warm images contrasts with the depressed character. As we see the character evolve (in a day), we understand his discomfort, his distress. I cannot say more. Just watch this little gem.

Would you feel it? Would you know it? Travel back in time and see for yourself.

Sea You is a strange little film of just over 2 minutes, edited backwards. Yes, we start at the end and finish with the start. But who is this old woman? Why is she crying? This film without dialogue is visually magnificent and artistically perfect.

I cannot really say more, because I am likely to reveal the punch to you (because yes, there is one). But I put the film at the end of the text. Take 2 minutes to watch it. You will not be disappointed.

Ben Brand did not only make animated films. Perhaps I will take the time to contact him so that I can see and tell you about his other short films.