By Francois Grondin
On 4 May 2020
Canadian moviesNews

In May, the NFB released 5 recent films for free. You are invited to watch Motto by Vincent Morisset, an interactive website for mobile, the short and feature documentaries The Song and the Sorrow by Millefiore Clarkes, Waseskun by Steve Patry, High Wire by Claude Guilmain, and Beauty by Christina Willings. 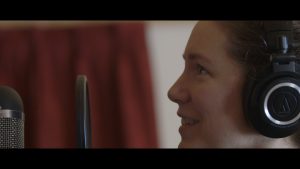 The Song and the Sorrow by Millefiore Clarkes (2018) – Short documentary

Musician Catherine MacLellan — the daughter of Canadian singer/songwriting legend Gene MacLellan — grew up surrounded by her father’s music. He died by suicide when she was 14. Two decades after his loss, Catherine is finally ready to confront the hurtful mystery of her absent parent and embrace his musical legacy. 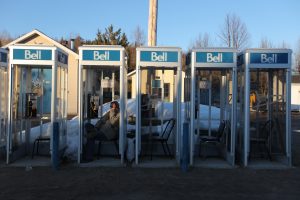 Waseskun is the logical follow-up to Steve Patry’s De prisons en prisons. It was while shooting this film that Patry first heard about the Waseskun Healing Center, a rehabilitation facility for Indigenous male offenders of all ages and from all communities. Incorporating spirituality and traditional medicine in its therapeutic process, Waseskun’s philosophy is that healing does not come from erasing one’s past, but by regaining one’s cultural identity and traditional values.

Granted unprecedented access to the centre, Patry focused his lens on the daily lives of those who reside at this unique facility. With empathy, but free of naïveté, Patry chronicles the difficult journey of men who have survived hellish family and social situations and now struggle to be reintegrated into society. Waseskun offers an uncensored look at the complex process of rebuilding men at war with themselves.

In March 2003, the United States and a coalition of allies invaded Iraq, in the name of democracy and to avenge the attacks of September 11, 2001. This illegal intervention caused the downfall of Saddam Hussein, led to chaos in the region, and opened a Pandora’s box of evils whose disastrous consequences are still being felt throughout the Middle East. Canada declined to follow the Bush administration into the bloody conflict. Now, providing a much-needed historical perspective, Claude Guilmain’s High Wire takes us behind the scenes to shine a light on this poorly understood episode, while denouncing the interventionist approach to foreign policy taken by the United States after the end of World War II. Featuring accounts from several key players, the film reminds us of the terrible price we pay when diplomacy fails.

In a world of fixed positions and prescribed roles, expanding the definition of gender requires the courage to dive deep into understanding and acceptance. Christina Willings’ documentary Beauty explores the lives of five gender-creative kids, each uniquely engaged in shaping their ideas of what it means to be fully human. Claiming your own sense of gender when everything around you insists that you comply and conform can be challenging, and sometimes scary. But luckily, family and friends are there to help. 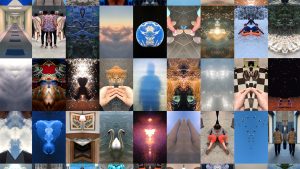 Motto is a playful, one-of-a-kind adventure—an interactive novella that uses thousands of tiny videos to tell the thousand-year tale of a kindhearted spirit named September. Part ghost story, part scavenger hunt, Motto finds a way to be both documentary and fiction—incorporating participants’ lo-fi, unstaged footage into its own emotional narrative. It’s like a mirror ball that refracts its audience’s imaginations, rearranging the way they look at the world. Discover its six chapters at your own pace—inside your home or out in the world, with your phone in your hand.

Once again, the NFB offers a selection of films not to be missed!

By Francois Grondin
On 4 May 2020
Canadian moviesNews