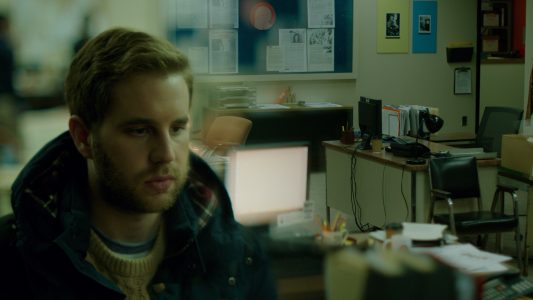 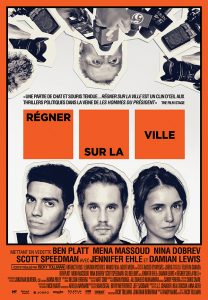 A young journalist (Ben Platt) and a young political aide (Mena Massoud) become entangled in a larger-than-life political scandal as they struggle to navigate adult life. Like all their friends, Bram and Kamal are struggling to climb the ladders at their respective workplaces: Bram at a newspaper, Kamal at City Hall. When Bram learns of a scandal involving Kamal’s larger-than-life boss, he seizes the moment to advance his career. Meanwhile, Kamal grapples with containing the story while maintaining his integrity.

With Run this Town, Ricky Tollman paints a portrait of a generation which is the first to have a less promising future than the generation which gave birth to it. And what could be better than the scandal involving Rob Ford to locate the action…

A generation with a dark future

With Bram, his main character, Tollman paints a fair picture of the frustrations experienced by Millennials about the world of work.

These young people are graduates of colleges and universities, overqualified for entry level jobs that require years of internship and contract work before getting a regular paycheck. They are struggling with soaring debt, unimaginable rent increases, and a system that has been put in place to benefit the wealthy, but not those who are just starting out. A system that has been supported by politicians who are antithetical, carrying the ideals with which this generation was raised and for which they are now ridiculed.

Nina Dobrev, (Ashley – Kamal’s colleague) explains: “I have a lot of friends who have impressive degrees and cannot find jobs in their respective fields. And they still live with their parents, approaching their thirties or mid-thirties. It’s a very strange time. The economy is unbalanced and the older generation of politicians has not grown up in such a situation. They are the legislators, but they cannot understand what is going on with young people and those who are suffering from the effects of an unfair policy. “

Obviously, these difficulties at the professional level are a perfect soil for those who want to abuse. Tollman explains how the idea for his film started: “I was at a party where I met someone who worked at the town hall. He was an assistant to a city councilor and had just returned from work. I was surprised to learn that our advisers work until 11 p.m. on weekends – “this is not the case,” he said. “The assistants do it.” The politicians decide on a platform and the assistants do the research, write the proposals, go through the arguments. The guy I spoke with didn’t even agree with his boss’s positions – but he needed to keep the job and figure out how much moral leeway he could give himself to make it work. “

That’s exactly what Kamal and Ashley are going through. As an immigrant, Kamal has enormous pressure on him, as is the case for a whole generation of immigrants who have seen their parents sacrifice everything they had in order to give a new start and a new life for their family. But what becomes of this pressure when you add it to the lack of paid employment?

The character in Ashley is based in part on the experiences of a friend of Tollman’s who went to law school and who, after graduation was unable to find a position in a firm. Eventually she took a job with an employer who started to make her increasingly uncomfortable – touching her inappropriately, commenting on her appearance – but she had student loans to pay and felt trapped . “One of our friends asked why she didn’t report it to the bar association when this happened,” says Tollman. “There was the fear that no one would care and the fear of the repercussions. She was at the start of his career – he was highly respected in his profession. It seemed incredibly unfair to me and, with Ashley, I wanted to give this story a little voice. “

Ashley is also the woman that Ford humiliated live on TV by naming her and saying that she had tried to seduce him when it was he who had assaulted her. This woman is forever attached to this statement. When she applies for a job, she will be googled and what results will come out? And when will she have a date? She was marked and had no say. Ford has taken control of her name. This moment is immortalized in Run this Town, towards the end. A nice thought from the director.

The film begins with real images of a city council. These images, which seem to have no real connection with the story, serve to demonstrate how politics is conducted by playing on the meaning of words.

Then, the director sifts through the deterioration of journalism, which is increasingly giving way to texts that are only intended to bring clicks and “likes”. Bram, who dreams of being a great journalist, finds himself trapped and forced to make “top 10s” to keep his precarious job. Kamal must save Ford from his difficulties, when it is not to hide a sexual assault on a colleague and friend. The script is well put together so that it all turns into a battle between Kamal and Bram. Two characters who have never even met and who do not know that both exist. They just do their best to put bread on the table. 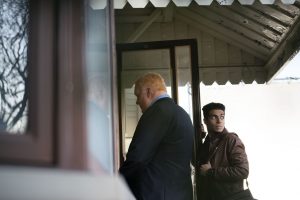 In the end, Tollman offers us a political-journalistic thriller using reality which, in any case, is juicier than any fiction could be.

Run This Town brings us into the dark world of Bram, Kamal and Ashley – three young people who struggle to make sense of their careers and their lives.

You can watch the trailer…