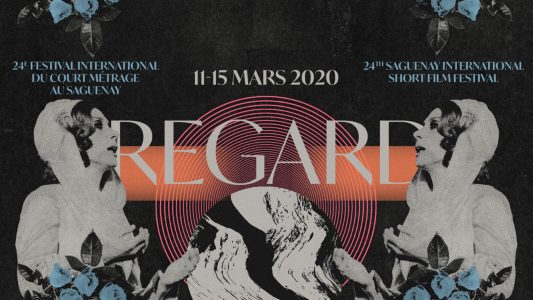 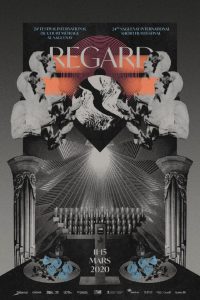 From March 11 to 15, 2020, the Festival Regard will be in its 24th edition. On the program, 197 films, from more than 40 countries around the world, will be offered to the public. Film buffs will have the chance to watch 70 films presented in North American premieres, including 30 Quebec short films presented in world premieres. A colorful program which, once again this year, will offer fans of the 7th art a window of exclusive, high-quality cinematic content.

This year, the public will be entitled to 10 official competition programs, 3 parallel competitions, 9 youth programs, 12 thematic programs, 3 special projects in addition to a selection of Virtual Reality content.

Chauffer le dehors, inspired by Marie-Andrée Gill, an author from Mashteuiatsh, will open the 100% Regions evening on Wednesday, March 11. The following day, Thursday, March 12, director Alexandre Dostie and his film Je finirai en prison will have the same honour at the launch of the official competition.

Presented by Unis TV, the Shoot No Matter What! competition features Quebec films shot without financial support from the community. There are seven shorts in the program, including Smoothie, a first film by actor Pier-Luc Funk. AMERICANA is a new competition for first-time filmmakers from the three Americas. Presented by the L’Gros Luxe restaurant, the five shorts in the program will showcase emerging talents. This year, the 100% Regions projections, presented by Hydro-Québec and Culture Saguenay-Lac Saint-Jean, highlights films from across the province, including six from Saguenay-Lac-Saint-Jean. The public will be able to discover, among others, William Mazzoleni’s Le Pigeon, Louis Moulin’s Je suis là and François Harvey’s Portrait de rue.

So, what’s going on across the Atlantic Ocean? First, the Festival is presenting two programs this year dedicated to Swiss cinema – Focus on switzerland shorts and Short & Swiss – to charm festival-goers with a rich and varied selection of films. From South East Asia, the public will be able to see a selection of films from the Carte blanche Singapore International Film Festival. The shorts in this program deal with a rich variety of themes on the notions of identity, a theme omnipresent at this years’ Festival through its Grand rassemblement and Generation 3.0, highlighting inspiring shorts dealing with environment and trans identity.

There is also In the world of Samer Najari and Dominique Chila, a retrospective with a projection of these two filmmakers’ first shorts, in addition to a reading of their latest script, Rituels sous un ciel écarlate, still in postproduction. Several regional actors will be taking part in this event. There will also be the return of several classics in the programming such as Experimental, Documentaries and Genre Films.

The official competition’s five prizes will be awarded by the professional jury. Actor Jean-Simon Leduc will be accompanied by John Canciani, artistic director of the prestigious International Kurzfilmtage Winterthur; Ming-Jung Kuo, the programming director of the Singapore International Film Festival; actress- director Micheline Lanctôt and, finally, the director-editor Myriam Verreault. The other juries and awards will be announced on February 26. In all, we have 64 films in official competition, including 10 new films from the rest of Canada, eligible for the Canadian Grand Prize, and 20 Canadian and North American first-time films eligible for the Grand Prize. Thanks to the contribution of our many public and private partners, almost $ 130,000 will be awarded in cash prizes and services to the winners of the various competitions. Only films presented as Canadian, North American or world premieres have access to the two most generous awards in the competition, in addition to being eligible for the Oscar nomination process.

On February 28, the very first Quebec feature film produced by Netflix will be made available on-line. The film’s producer, Julie Groleau, and director, Patrice Laliberté, will be on hand to talk with columnist and film critic Manon Dumais at 1pm on Saturday, March 14. Entitled La première fois: Couronne Nord et Jusqu’au déclin, they will discuss the project’s roots, the transition from short to feature, the difference between a project related to the giant Netflix and another funded by public institutions, and more. The interview will last 75 minutes and take place in the Cabaret du Festival, located at the Hôtel Chicoutimi.

At 3pm on Saturday, March 14, composer Martin Léon and director Philippe Falardeau will get together once again for a conversation, presented by the Union des Artistes. As part the Short Film Market, the Falardeau-Léon tandem will talk about their many past collaborations in music and cinema, as well as those coming up in the future. Film buffs and music lovers, this opportunity must not to be missed.

But first: Friday, March 13 at 1pm, the roundtable Vues d’ensemble, presented in collaboration with L’Inis, will examine the challenges of diversity, identity and visibility in the short film industry. Politicised and committed, whether in front of or behind the camera, these filmmakers, professionals in programming and creation, will take stock the situation and share their views on the subject. With Will Niava, Jess Murwin, and Jemmy Echaquan Dubé, this roundtable will be hosted by Jean Hamel.

The event will be followed by the Swiss knives roundtable, presented by Swiss Film. Versatile and professional, there are no limits to the filmmakers and panelists chosen for this event: Fanny Mallette, Jenna Hasse, and Alexa-Jeanne Dubé. Whether by choice or necessity, they use their many talents and accumulate honours at every turn. The roundtable will be moderated by Daniel Racine.

Finally, the Short Film Conference organization will organise a roundtable for professionals in the fields of film directing, distribution and festival direction on Saturday, March 14 at 1pm. Presented in English, the activity will focus on Virtual Reality.

“For this year’s Short Film Market we decided to focus on the filmmakers, with an emphasis on their methods and works. We’ve sometimes tackled subjects that are more technical or specialized but for 2020, it is the work of our cinema craftsmen, their excellence and relevance in the current cinematographic landscape, which inspires us.”

About the Short Film Market

This year, the REGARD Festival’s Short Film Market is celebrating its 16th anniversary. Aimed at professionals in the field, as well as the general public (for some activities), every year the Short Film Market offers an eclectic and engaging program. Cinema lessons, roundtables, networking activities, contests, international guests, and more – all in order to provide a complete immersion in the professional cinematographic world.

For more details about the Festival, visit the REGARD website: : www.festivalregard.com