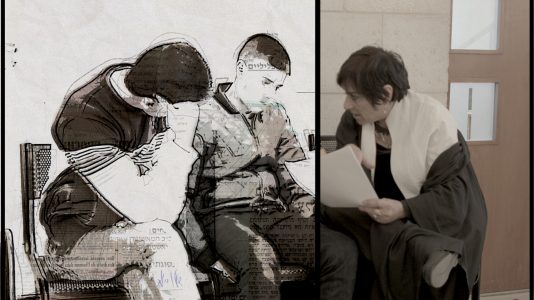 Advocate – The Jews Above All…

“I left my Devil’s tail at home this time.” 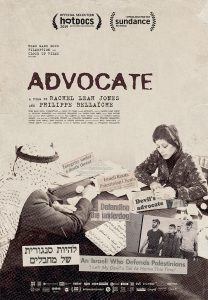 Lea Tsemel defends Palestinians: from feminists to fundamentalists, from Nonviolent demonstrators to armed militants. As a Jewish-Israeli lawyer who has represented political prisoners for five decades, Tsemel, in her tireless quest for justice, pushes the praxis of a human rights defender to its limits. As far as most Israelis are concerned, she defends the indefensible. As far as Palestinians are concerned, she’s more than an attorney, she’s an ally.

Advocate, by Rachel Leah Jones and Philippe Bellaiche follows Lea Tsemel mainly during two trials. We discover as the film advances, the values and issues that make this woman apart, what she is.

Crazies among the mad

The more documentaries I watch about Israel and the people who live there, the more I tell myself that the Jews of Israel are crazy people suffering of madness. When we believe we are the legitimate descendant of God, how can we accept others?

In Advocate, they show the wrongs caused to the Palestinians, and the faults of those who tried to resist them. And we quickly realize the judicial inequality that is taking place there. We also discover the failures of those who oppose these injustices.

When David became a jerk

How is it that, that a 13-year-old Palestinian child is tried for attempted murder after having intimidated another boy (a Jew), while men who fired a gun against two Palestinians who ended up seriously injured were only tried for assault and battery? In Israel, if you are Jewish and attack an “Arab”, you are likely to get away with a slap on the hands But, if you are Palestinian, and you punch a Jew, rest assured that you will be tried for a serious crime. And you will most likely be condemned.

But did David, after defeating Goliath, got his head so big? Apparently, yes. This explosive situation obviously leads to overflows. Arrives Lea Tsemel…

As a lawyer, an Israeli Jew, who has represented political prisoners for almost 50 years, Tsemel, through her ceaseless quest for justice, pushes her practice in defense of human rights to its limit. And, obviously, that does not make everyone happy. Beyond the threats and insults from her Jewish fellow citizens, it is the testimony of her son that is the saddest. The directors manage to make us see not only the positive, but also the difficulties that Lea’s quest for justice created as stress for her elder.

Indeed, how a 6 year old child must react when he walks on the street with his mother and a man stops them to show them a gun and tell them that “they would take care of her eventually”. They, therefore revisit her life and the sacrifices she made in order to fight for a cause that she considers just.

The documentary follows the lawyer mainly during two trials: that of a 13-year-old boy who attacked Jews with an unsharpened knife in order to frighten them; and that of a woman who blew up her car in front of a police station. In both cases, no deaths, no injuries. Except the two “attackers”. Through these trials, the spectator will have enough in front of them to understand everything about a system as rotten as those who run it.

I can’t finish without talking a bit about the image. In order to protect the identity of the defendants defended by Tsemel, the directors had the sublime idea of rendering the image in imprecise drawings. It’s much more beautiful than blurs on faces

In the end, Advocate tells the story of a woman who gave her life at the service of equality and human rights. She does so in a country that does not recognize equality at all. And as she explains, for them (her and her team), a victory is to decrease the sentence of an innocent by 1 year. A victory is to allow an accused to have the right to a trial, however unfair that trial may be. After 50 years of losing in court, you have to be incredibly strong to keep on hoping. Hope that one day the system will change.