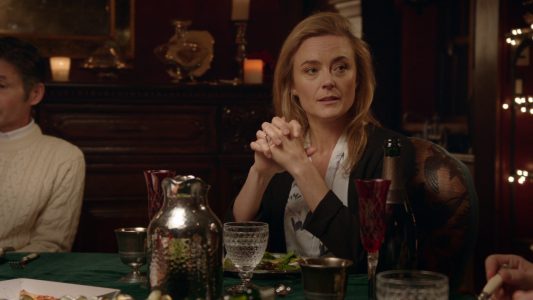 The Maids Will Come on Monday – A Merry Christmas 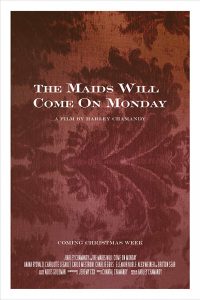 The Maids Will Come on Monday traces the satirical dysfunction of a haughty family during an uncomfortable Christmas dinner. At times crude, humorous, and chilling, the family engages in a series of heartfelt gestures and dissonant exchanges while seated at a roundtable eating assorted takeout foods. Simmering tensions bring the evening to an unsettling boil, resulting in the desperate breakdown of the family’s matriarch.

What a perfect moment for a film about a family Christmas reunion. Despite some errors and imperfections, The Maids Will Come on Monday shows in a beautiful way all the hypocrisy which can reign in certain families during the annual meetings.

Ahhhh, these family reunions during the holidays… It is as if everyone could not do without them while hating them. Here, what starts out as a seemingly innocuous Christmas dinner ends up turning into a family breakdown. What could be better than a meeting where all the family members are present to settle things up?

Like every family, the family of The Maids Will Come on Monday has its little secrets. Where’s Vincent? Why is the young pregnant woman so mean to her mother? The film only lasts 12 minutes and yet one could easily imagine a ton of little secrets for this family. One thing is for sure: this family will settle their accounts. At least in part…

By reflecting on the continuing discontent of the wealthy classes, Chamandy leads us to believe that we are much better in the middle class. Especially when you see people who seem to have very short limits of empathy for the people around them. From the start, we understand that the hosting couple wants to show how much money they have. Why cook when you can have a generous meal delivered for everyone? Especially if it’s expensive!

Despite some weaknesses, this film is interesting. The young director shows that he has a lot of talent. But there are two things that are very bothering: a series of awkward jump cuts and actresses who seem to be too young to make us believe in a mother / aunt / daughter roles.

Why create a series of jump cuts to show the passage of time? It breaks the rhythm and it makes us drop out. Simple fades or slowing down would probably have been more effective. And despite the real age difference between the actresses, the matriarch does not look old enough. 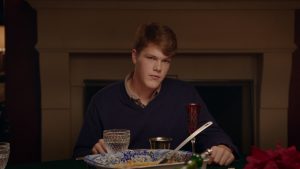 The Maids Will Come on Monday feeds on the character’s developments and the hidden tensions between them to create suspense. And that is very successful. We quickly settle in as an uncomfortable guest seated at the table, understanding the situation.

And, let’s be honest, who doesn’t like to see a small wash of dirty laundry with the family? As long as you don’t belong to it…