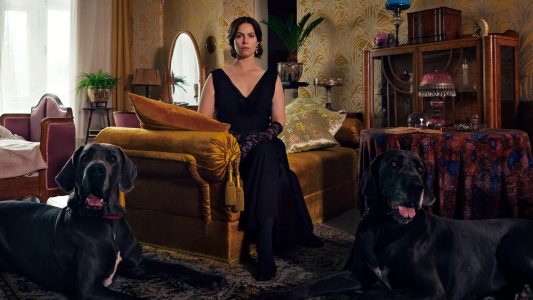 “What do the girls want to be for the Lord? Bearers of His message.” 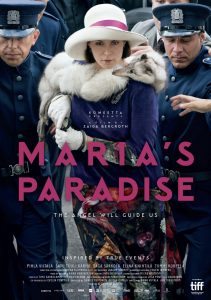 Finland, 1920’s. The charismatic preacher Maria Åkerblom leads her devout followers to Helsinki, among them is the adoring teenager Salome. When Salome befriends local street girl Malin, her world views are challenged and she is torn between the promise of newfound freedom and Maria’s dangerous all-consuming love.

Zaida Bergroth’s Maria’s paradise (Marian paratiisi) depicts the sectarian universe of the Children of Maria, a sect that really turned Finland upside down at the beginning of the last century. The director also shows how difficult it can be to accept the truth.

Bergroth offers a powerful and sophisticated analysis of how opportunist leaders use superstition, fear, and personal charisma to keep their partisan on the right path and, at times, to convince them to commit illegal acts. Maria’s Paradise presents a mirror of our time, reminding us that demagoguery – whether religious, political or often a twisted combination of both – is still present. The film may take place in the 1920s, but it could equally be located in 1960 or in 2019.

Here the prophet is Maria Åkerblom. She gets covered with a silk cloth, on a beautiful bed. Then, we wait. Suddenly, she arches, she gets up suddenly… She is in contact with the angels who are passing their messages. And wham! Nothing more to convince the faithfuls. It seems so simple… But so plausible.

Maria Åkerblom gathered around her a crowd of devoted disciples in a well-appointed rural farm. The attachment of her acolytes is so powerful that she can convince them to do anything, even, to attack the personalities who threaten them. Whether it’s a barn boy (beaten to death) or a high-ranked official (murdered), she sends her children to take care of it. I imagine that it was the angels who dictated this to her… Her sect became so well known that it was targeted by both religious and political leaders.

Orphaned at a very young age, Salome was “saved” by Maria. Life in worship is all that Salome has ever known, but when she accompanies Maria on a city trip, she discovers a much less repressed life. When she meets the clever Malin, who quickly understands Maria’s tricks, Salome finds herself questioning her leader’s teachings for the very first time.

Malin takes advantage of Maria’s absence (due to her problems with the authorities) to integrate Maria’s Children. She is slowly gaining the confidence of the young Salome, with the objective of getting her out of this unhealthy sect.

What makes Maria’s Paradise different from other cult movies? In the first part of the film, Maria does not seem particularly nasty or vile. Even, we want to take pity on her. She is persecuted by the other inhabitants of her small town. She has to flee… But at some point in the film, you realize who she really is. We discover what members of the sect do not see. And that’s where the film makes sense.

Maria’s Paradise shows just how the charisma of gurus and a little work is often enough to seduce the poor souls. A film that is worth the trip. Especially considering the fact that it won’t reach our theaters before a long time… If it ever happens.