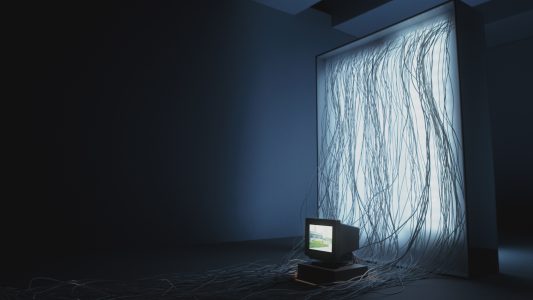 “There is not a typical hacker picture because there is not just one kind of hacker. “ 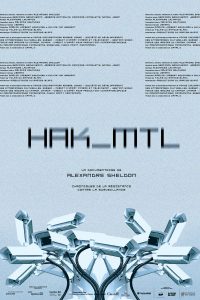 We are in 2019 and privacy no longer exists. In less than a generation, the Internet has become a gigantic surveillance machine. The business model that leads this machine comes down to a simple maxim: “If it’s free, you’re the product.” All traces that we leave of ourselves on the Internet are thus captured, stored and accessible to both the States and the giants of the web… and it only intensifies. If there is a bit of hope, the hackers will give it to us. Internet being their playground, hackers know, better than anyone else, the real extent of surveillance.

A chronicle of resistance against surveillance, HAK_MTL explores Montreal’s contribution to the global struggle for the democratization of the web and the preservation of privacy.

HAK_MTL offers a foray into the Montreal hacker community, these young innovators for whom the situation is serious. Dismayed by the meteoric rise of the surveillance society, these hackers who have become activists – or hacktivists – are fighting against the killing of democracy. They develop unusual projects, participate in international initiatives and try to promote the cause of anonymity online.

One must not connect anonymity and malicious thoughts. This movie shows that hackers are not pirates trying to trap poor internet users. The majority of these people is actually working to improve the security of web users.

The principle of democratization of the internet is simple. Everyone must be able to access it equally. About the hackers that are presented in the feature film, this accessibility must be accompanied by a better security. And to maximize the safety of everyone, we must ensure that surveillance is minimized. How is security improved if there is less monitoring? This digital monitoring is accompanied by a large collection of data on each user. For example, by using Facebook, we accept that it sells our personal information. The Cambridge Analytica scandal is one of the finest examples. And we must not forget that this data can be expensive. And where there is money to be made, there is often abuse…

Throughout the documentary, they denounce governments that use fear to justify their inaction. They scare the lambdas citizens to make them believe that the surveillance of every act of each person is necessary. But this chronicle of Alexandre Sheldon uses this same strategy to justify the importance of hackers. This is what is, for me, the weakness of this film.

By doing this kind of propaganda, they play the same game that they denounce and, as a result, create an illogicality that makes the message less effective.

By giving a voice to local hackers, HAK_MTL explores Montreal’s contribution to the global struggle for privacy.

A struggle that seems lost in advance despite the efforts of people like Ian Goldberg, Lex Gill, Richard Stallman and Jean Philippe Décarie-Mathieu. But one thing is clear: HAK_MTL is leading this information campaign to make everyone a little more aware of the price of their digital footprint.