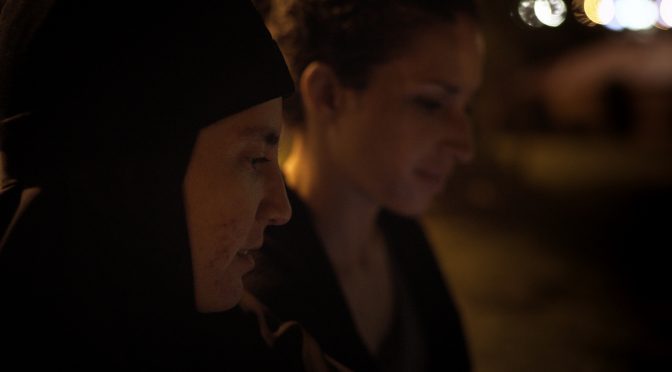 A Sister’s Song – For Her Happiness

“Parting is all we know of heaven,
And all we need of hell.”
Emily Dickinson 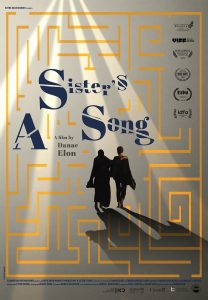 Can we really know what’s in the heart of one of our loved ones? A Sister’s Song is the intimate and delicate story of two sisters Marina and Tatiana, who live apart because of the choice that Tatiana made when she became a nun. Marina, who has barely seen or talked to her sister for twenty years, feels that something is wrong. She goes to a monastery in Greece to try to find the sister she lost. An unexpected event will lead them both on a path they never thought they could undertake.

After seeing Danae Elon’s P.S Jerusalem and The Patriarch’s Room, I could not miss A Sister’s Song. I told you a bit about it during the RIDM, but now that it arrives in theaters, I allow myself to draw a more complete portrait.

What I particularly like about Danae Elon’s documentaries is her unusual style. I like when she is actively participating in the film. Like when she communicates directly, in front of the camera, with the fallen Patriarch in The Patriarch’s Room.

And that’s my big disappointment with A Sister’s Song. The director is very little present. She really gives the whole place to the two women she films. Obviously, that’s not a problem in itself. But it took me by surprise. And I must admit that this more “classic” style of documentary disappointed me a little.

In the name of love and happiness

The realities in which the two women live are complex, mysterious and imperfect, just as life can be. In these exchanges, and in the answers they provide to the director, the notion of truth exists in what is not said explicitly, it cannot be found in an absolute conclusion.

But even more, I ask myself a question: how far can we go in the name of love, and in order to give the other happiness? Because that’s what Marina says she wants. The eldest wants to know what is happening in the mind and heart of her younger sister. But for Tatyana, divulging part of her soul would mean betraying her faith in God. But her sister will not give up and will try to help her despite her refusal. Does she have the right to insist?

And as a spectator, one cannot help but wonder what big secret Tatiana hides in her. As Elon says, “The answer to these questions is left to the audience, but what remains with the viewer is the pain of breaking two lives that, despite love, cannot coexist.”

The judgments of a sister

If you read me regularly, you know that I do not really like religions. And an excerpt from A Sister’s Song contributes, once again, to increase my disdain for religions. One of the things I do not like is the judgment of believers on those who do not have the same vision of the world as they do.

Here is the excerpt I’m talking about:

If we forget the idea of God, A Sister’s Song presents us with larger human tragedy. This drama presents a very intimate portrait of two women on the scale of universal suffering. The story of Marina and Sister Jerusalem (Tatiana) can be found in any faith, in any path of extremism where families are torn apart by the declaration of the individual before a God.

Besides, isn’t it disturbing that any decision concerning a sister of the monastery is taken by the Patriarch… So, when the younger girl makes a decision that will clearly have an effect on her life, is the decision really her own?? Who really lies behind these choices and decisions?