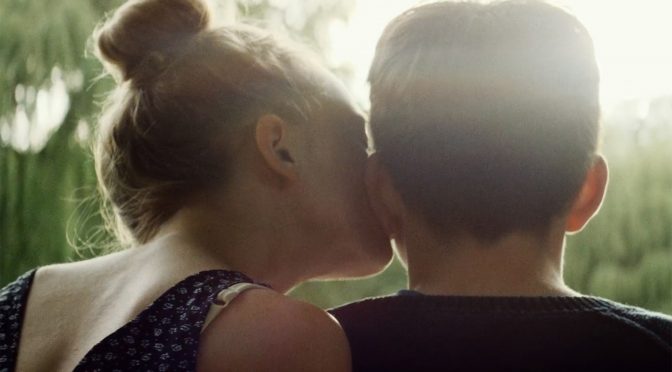 Backstory, by Joschka Laukeninks, is a series of small moments assembled to tell the life… I have rarely seen such a powerful short film.

Laukeninks’s film is narrative. There is no word spoken by the characters. And yet, it feels like they’re part of our life. As if we were the main character.

The voice of the man who tells the story is perfect. We could not hope for better to give the spectator goose bumps. Not that the film is scary, on the contrary. But just that we feel like we are there. I can only imagine the feeling we could have, seeing this movie in a dark room.

The deep voice guides us on a journey and in a succession of images through a life – from a baby walking to the final moment when the old man passes away.

Backstory is filmed a bit like Elephant by Gus Van Sant. We follow the character from behind. We do not see his face. He remains anonymous. Only the “actors” of his life are seen from the front. His parents, his friends, his girlfriends, his bosses, his colleagues, the doctors … Only him – us, you – remains anonymous. He is everyone, he is nobody. He is the little life story of everyone.

The camera remains behind, discreet, but presents with accuracy. The image is superb. The frames are perfect, the sequences are wonderful, sad, beautiful, bright, dark…

Shot in 17 days, but spread over a year and a half, Backstory is a proof that shorts deserve their place in festivals and on our screens.

Here, 8 actors embody the boy, the child, the aging man. It is a film that transposes a universal truth. In this film, everyone can see, at least, a moment of their life. The director explained, this: “And we hope that it inspires people to enjoy every single moment they have been given in this life. Because time keeps on running. Always.”

But is not life simply a succession of moments that one day stops?