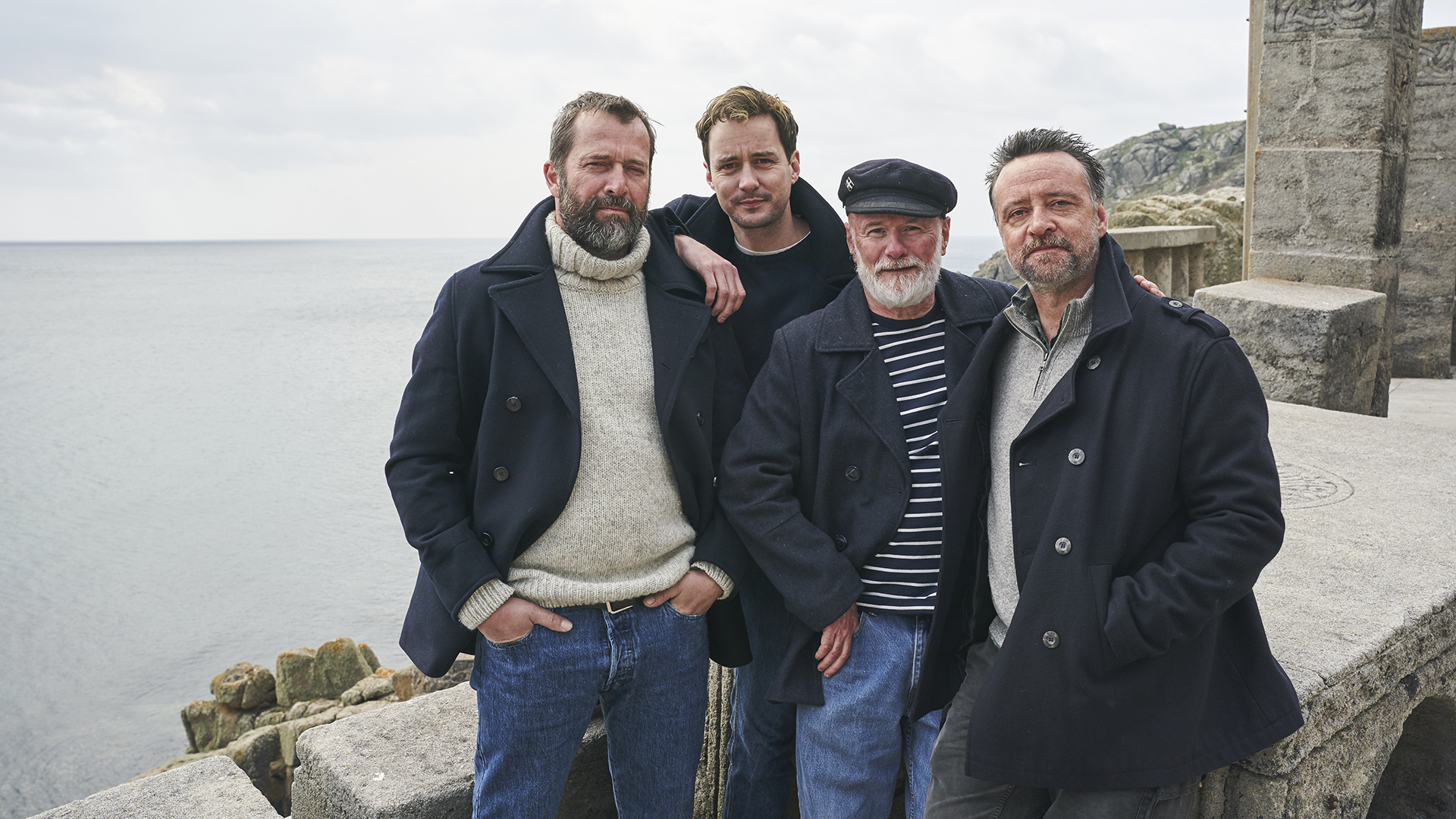 Fisherman’s Friends: One and All – Nothing But Singing

“Of the union of the different kinds.”

This film, directed by Meg Leonard and Nick Moorcroft, is a sequel to the one directed by Chris Foggin in 2019. Fisherman’s Friends: One and All features the famous shanty band from Cornwall. Inspired by a true story, it is a story of the members who struggle with pressures, unexpected pitfalls and temptations arising from their fame. It is about a journey of the loveable ‘boy’s band’, as they navigate through the choppy waters of fame, suffer from the second album syndrome, and perform on the pyramid stage at Glastonbury, where the baggiest music festival in the world is held.

The film focuses on a difficult time for Jim (the main character) and his band friends, after the death of Jim’s father who was a founding member. Jim does not like the new changes in the band, as he is afraid of losing his father’s legacy. With the theme of sea shanty singing as a symbol of Cornish cultural identity, the film draws a beautiful image of the meaning of singing in our life.

A farmer in the fisherman’s band?

The story begins with Gareth from A and R Island Records suggesting an additional tenor in the band for a new album, and mainly develops in Port Issac, a Cornish village, over the splendid landscape and seascape. Just a quick comment here: If you don’t carefully think about where the setting is, you might mistake it for somewhere in Atlantic Canada, as both areas share the same image of fishermen living near cliffs on the shore and catching lobsters. In addition, shanty songs are an important element that constitutes both Cornish and Atlantic Canadian cultures.

An audition is held to recruit a new tenor. Among those attending the audition, the singing of a man named Morgan pleases the boys, especially Jim: His chant of “Santiana” reminds Jim of his father, a great fisherman and singer as well. A new start of the band with Morgan seems to go well in the beginning, with getting good attention from the press, holding an outdoor concert in a beautiful stadium, etc., until they find out that Morgan is actually a farmer, not a fisherman. Jim, who thinks it’s a “crime” to allow a farmer to be in the band, leaves the band in the middle of a concert. Why shouldn’t a farmer be allowed to join the fisherman’s band? What could make a difference between the singing of fishermen and farmers? These are interesting questions the film poses to us.

Singing as part of our life

Then, a serious accident happens that becomes a turning point for Morgan to be truly accepted into the band. He helped in rescuing Jim’s family from a collapsed building. It is a touching scene in the film when the boys sing together at a cape, wishing their best to Jim’s mother in hospital. Through this scene, the film shows how much singing means to humans. It enables us to express our emotions and share time with others. In particular, there is no boundary between fishermen and farmers: Both are people living with nature, and both live with work songs.

While Jim’s personal story develops, the project of singing at the Galstonbury Music Festival goes on. But the project is about to fail. The president of the record company expresses that the contract can’t be continued because of occasional scandals caused by some of the members who take old-fashioned or unwelcomed attitude toward the public. The boys go to London to meet the president, to persuade him to change his mind. They rush into a chic restaurant where the president is having a meal. Here is another heartwarming scene in the film when the boys sing in front of apparently high-class people in the restaurant. Listening to their singing, the rich people who probably don’t have any links with shanty songs in their life share something fundamental with the band. From this point of view, it is an interesting film that makes us realize how nowadays life lacks true “sharing”, not sharing on SNS. And shanty song singing is a perfect motive for that because it is a genre of songs that is always sung in chorus, not alone.

As far as the theme of singing is concerned that I have brought up so far, it is quite a nice film. However, cynically speaking, it is only the singing part in the film that is worthy of seeing. The plot is boring overall; too many anecdotes, an unnatural story development, etc. All these things make it difficult to follow for those who didn’t watch the first film like me. It is an enjoyable film with amazing landscapes and seascape, with typical images of fisherman wearing a pea coat. If you like folk songs and sea, this could be the film for you. But from an artistic point of view, I am afraid watching Fisherman’s Friends: One and All may be a waste of time and money…