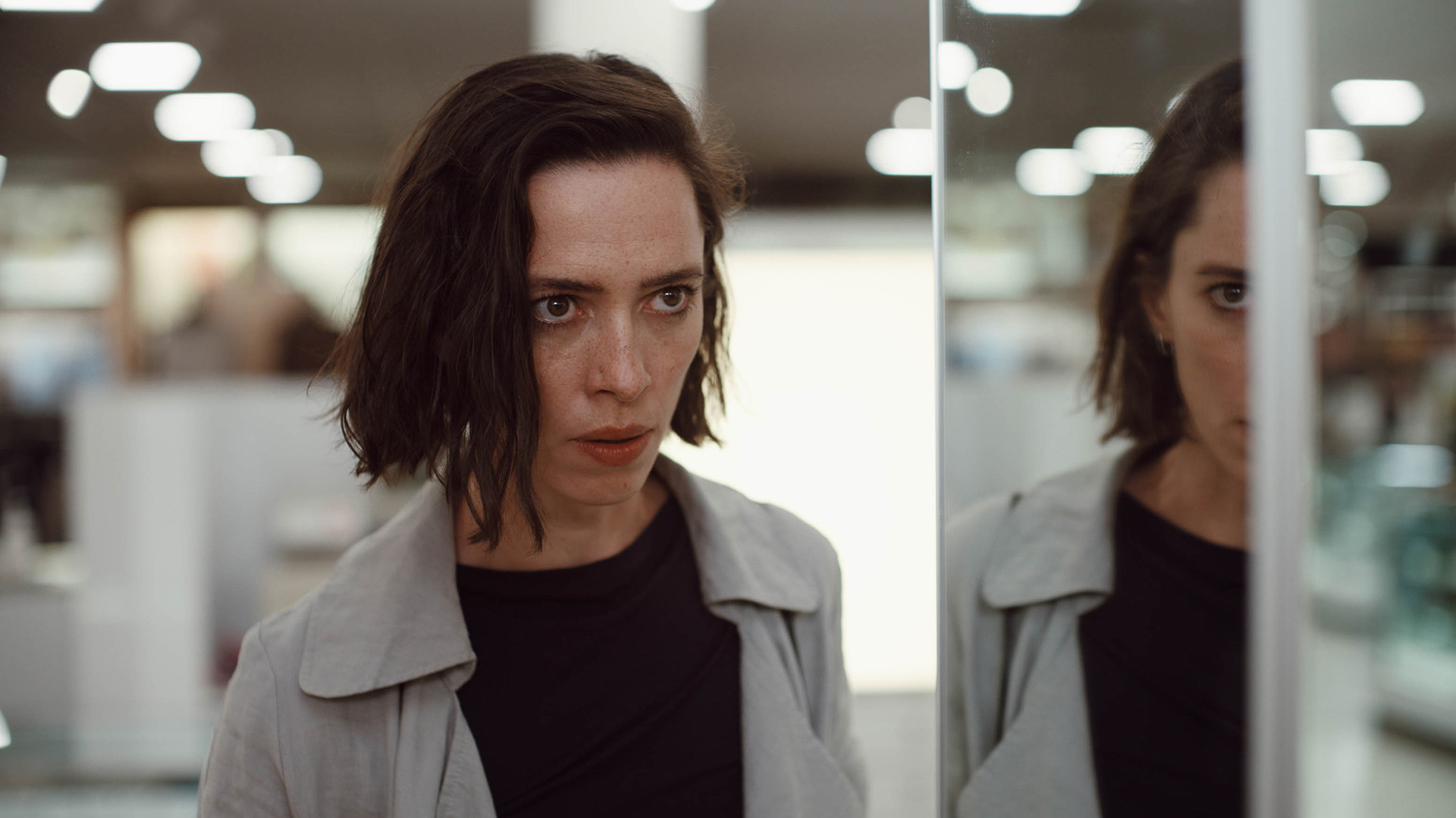 “I’m the only one that can see you. The only person that really knows… who you are.”

Margaret’s (Rebecca Hall) life is in order. She is capable, disciplined and successful. Everything is under control. That, until David (Tim Roth) returns, bringing with him the horrors of Margaret’s past.

With Resurrection, Andrew Semans offers a psychological thriller with some weaknesses, but frankly effective. Without forgetting the end, which is a great success.

Although the beginning is a bit laborious, we end up realizing that Resurrection is well built. The challenge is to pass the first 10 minutes, which suggest a film without much imagination. But as the storyline develops, the more you realize that Semans has done his homework.

We see the inspirations of the director who, at times, takes us on a journey through the history of psychological horror films. The music is reminiscent of Bernard Hermann’s compositions in certain Hitchcock films.

The director takes the time to place his characters while including hints here and there about what will happen. Sometimes we catch them quickly, sometimes not. For example, throughout the film, the viewer wonders about Margaret’s mental health.

But what sets Resurrection apart from most other psychological thrillers is that you don’t have all the answers. The spectator will have to find them by themselves. This is a nice surprise of this feature film.

But what could be more enjoyable than watching Tim Roth play the bad guys? Tim Roth playing the manipulator who says he devoured his son. Indeed. 😉

Roth is simply perfect in this role of narcissistic manipulator who returns to haunt his ex, 20 years after she fled after her lover probably killed and devoured their son. But that’s what David says in order to play on his ex’s mental stability.

Rebecca Hall is superb in the role of the woman on the verge of mental implosion. She goes from the image of the super strong woman to the poor woman who is easily manipulated in a few sequences.

Secondary roles, on the other hand, fall a bit into stereotypes. For example, Margaret’s daughter, Abbie, is not very thorough. We see that the effort has really been put on the 2 central characters.

Have you ever done something in the past that you’re really not proud of? That’s the question Margaret asks her trainee halfway through the story. I will not tell you what this terrible act is, of course. But the originality of the film certainly comes from there.

If you’re looking for a movie with a good acting duo, Resurrection is exactly what you need. If you want to discover more about Tim Roth, I suggest you see Sundown, Funny Games, Pulp Fiction or Reservoir Dogs.