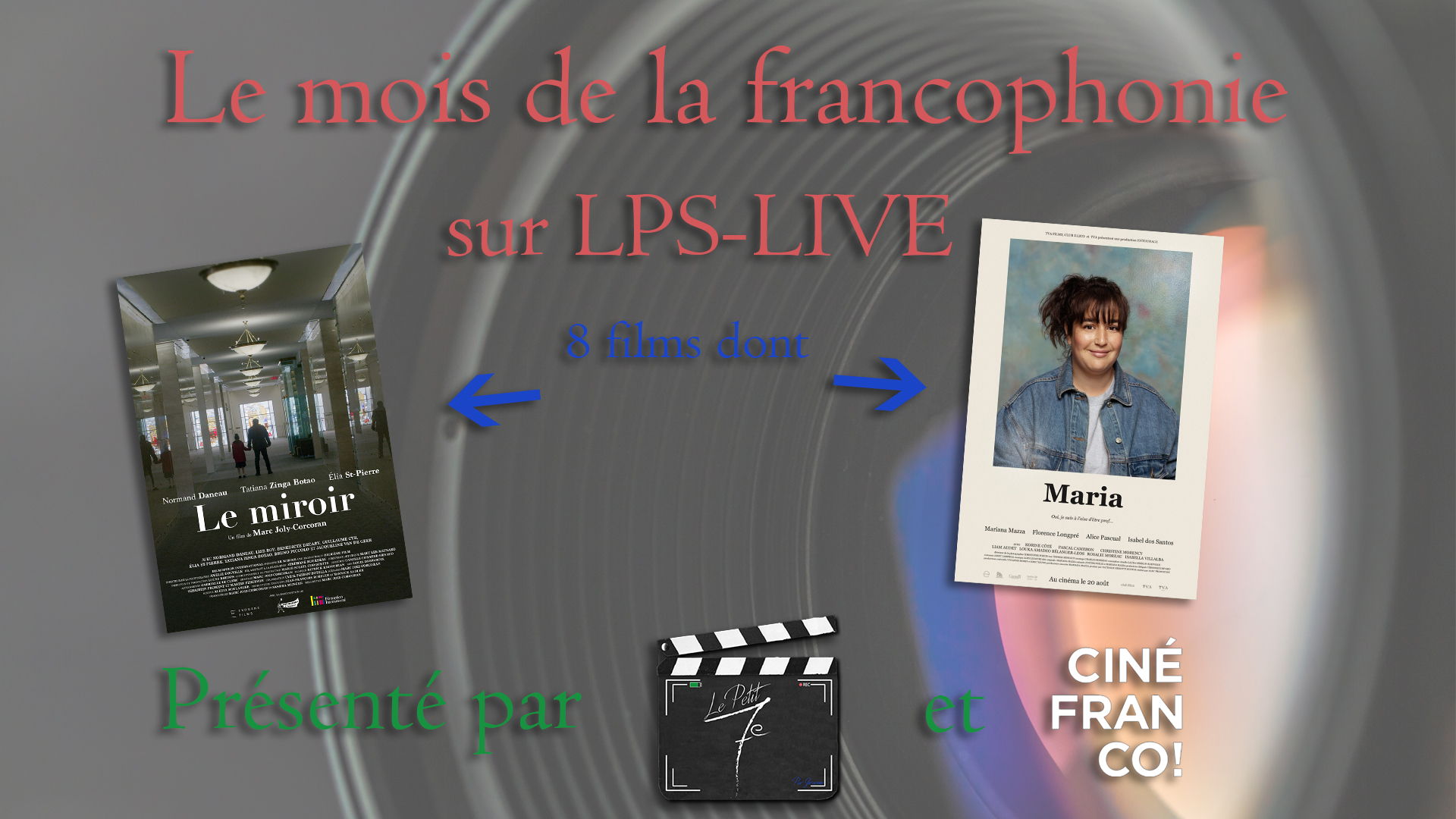 By Francois Grondin
On 27 February 2022
News

Le Petit Septième and Cinéfranco are doing it again!

Every weekend in March, you will therefore be able to see two films on LPS-Live. We have worked hard (especially Marcelle Lean, the artistic director of Cinéfranco) to offer you good movies, light, but intelligent… for the most part. 😉

The first weekend will be reserved for Quebec cinema. After all, Le Petit Septième is above all a Quebec media.

So, from March 4 at 6 p.m. until March 6 at 10 p.m., you will be able to see the alternate version of Marc Joly-Corcoran’s The Mirror. This is a film that will be premiered. Also during this first weekend, we offer you the comedy Maria, with Marianna Mazza.

To rent the movies, just go to the LPS-Live page and rent or reserve your film. Each film will be available for one weekend of the month, and presented online. There is a limit of tickets available, so don’t wait until the last minute to reserve your spot.

To watch the movie, it will also be directly on LPS-Live, the weekend for which you rented your film.

By Francois Grondin
On 27 February 2022
News