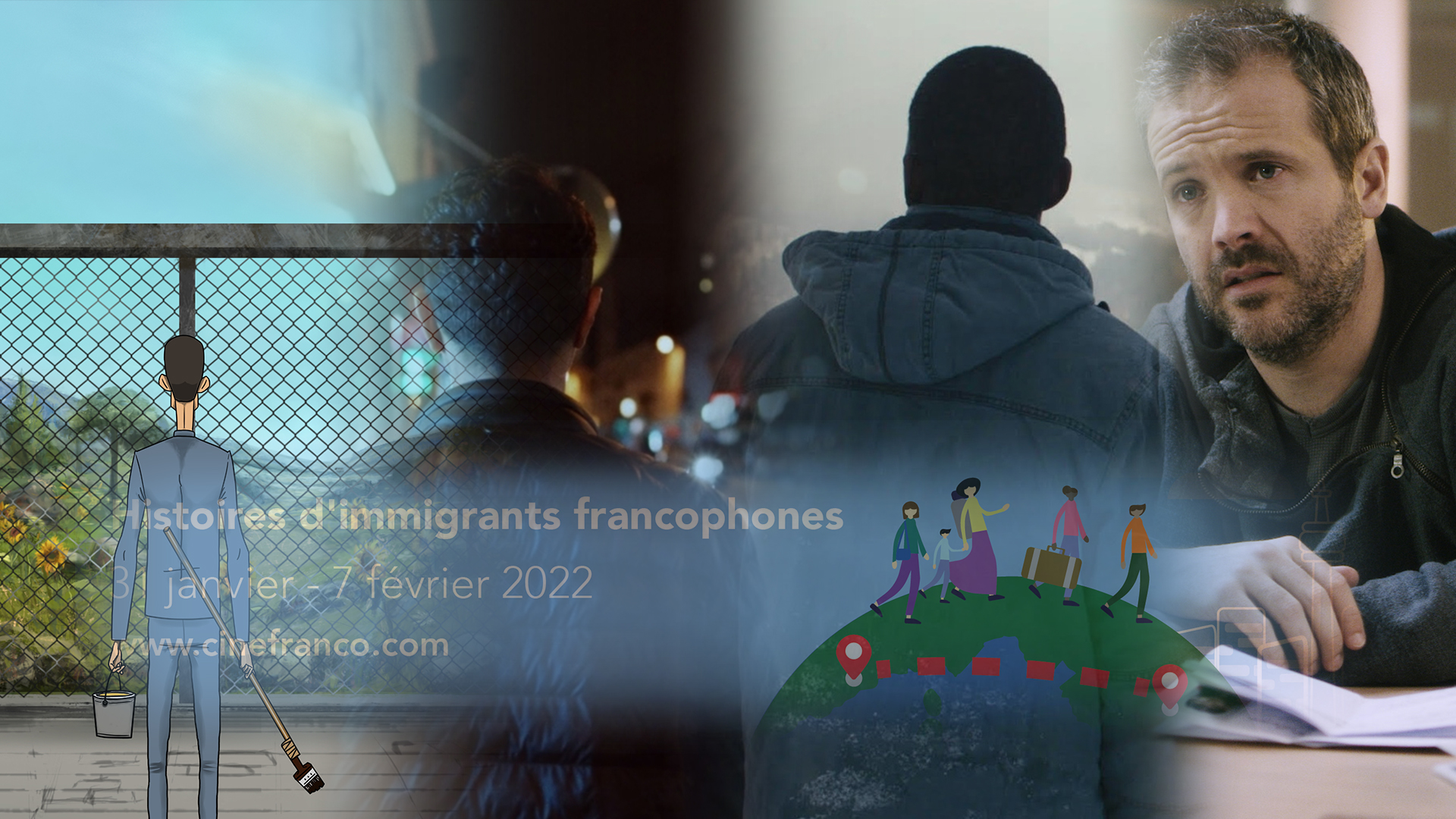 It is now my turn to present short films from Francophone Immigrant Stories. After program 2 yesterday, I make you discover the first part of program 1. These are 4 French films to discover.

Freedom is mine (Mahmoud Salameh) — France

Alone at sea on a makeshift raft, a man trying to flee his country is finally rescued by the coast guard.

What exactly is freedom? When you leave your country for a desire or freedom, what do you find at the end of the road?

Freedom is mine is a magnificent animated short film which, despite its visual style which resembles what is generally found in children’s cartoons, is in no way a film for the little ones. Although… Let’s say that Salameh’s film is a great lesson in life for everyone, the message of which would be: our freedom is up to ourselves.

It also shows the importance of art in escaping from prison. Here, it is a prison in the literal sense. But it is also totally valid in the figurative sense. What have you done to escape during the confinements of the past few years? I bet the art was a big help. It’s time for a lot more people to realize this…

Two men walk in the snow, on the north-facing side, the slope most in shadow. They have just crossed a pass. They are migrants.

Ubac is a strikingly realistic film. It is one thing to imagine what some migrants have to go through trying to flee their country and enter another country illegally. But, to see it filmed so coldly, it freezes the blood.

This short film is not perfect. But it leads viewers to question the reality of migrants and shows that solidarity has no skin color or flag color. Nor does it have a language. A must-see movie!

Younès is a young agent of the Police Department who works at the one-stop shop for asylum seekers in Paris. He receives Malika, a Moroccan national who wants to apply for refugee status. However, the enforcement of the strict “Dublin” regulations does not allow Younès to proceed with her application.

Have you ever, in the course of your work, applied regulations with which you did not agree? Or doing a task that went against your values? After all, we all need to work. But what about when these regulations mean that you are probably putting someone on the street, or even in danger?

What Dubliné(e) shows is this reality. Not the reality of asylum seekers or refugees. That of an agent who must, as part of his job, tell people that they will have to be extradited. Rarely is this point of view shown on screen. Usually we are given the perspective of the refugee, or that of the nice agent who catches the bad guys or we are shown the bad agent who enjoys getting rid of the migrants.

This short film is excellent in the coldness of the image it presents in the offices of the prefecture, and sober when Younès is presented to us in his life outside work. This is a reality that deserves to be better known.

Tunisia, 2045. A father and daughter wait, worried and tired. A simple gesture can determine their fate.

There is something wrong with this film. The image is beautiful, the actors are perfect and the script fits. But by situating the action in the near future where Tunisia becomes the land of welcome for European migrants, it is a bit too much.

It would have been preferable, if the idea was to reverse the situation so that Europeans see things differently, to situate the action in the present and to explain that something horrible happened in Europe, and that… blah-blah-blah.

But that being said, Tunisia 2045 is very watchable.

Coming soon: the continuation of program 1, with the last 5 films.