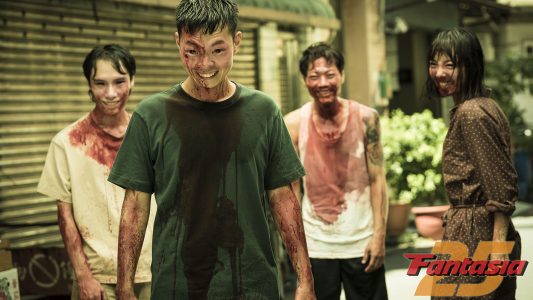 “The virus doesn’t impede the imagination at all. On the contrary… It makes you do the most horrific things you can imagine.” 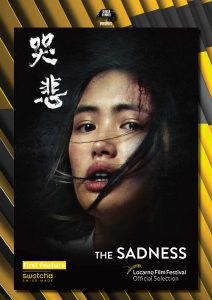 After a year of combating a pandemic with relatively benign symptoms, a frustrated nation finally lets its guard down. The virus spontaneously mutates, giving rise to a mind-altering plague. The streets erupt into violence and depravity, as those infected are driven to enact the most cruel and ghastly things they can think of. Murder, torture, rape and mutilation are only the beginning. A young couple is pushed to the limits of sanity as they try to reunite amid the chaos.

The age of civility and order is no more. There is only The Sadness.

In the midst of a pandemic due to Covid 19, Rob Jabbaz is offered the chance to write and direct his first feature film. There is only one condition: his film must talk about a pandemic. A tough challenge that the Canadian-born director takes up admirably. The result is: The Sadness.

Violence at the rendezvous

In terms of gore and visceral intensity, this is truly the first of its kind from the tiny island nation of Taiwan.

“The blood and extreme violence seemed necessary to tell this sort of story. I felt that through TV shows and games, people were getting too used to the idea of “the zombie apocalypse”. I knew I had to go pretty far to rattle people in a post ‘Breaking Bad’ world. I certainly gave it my best try.” 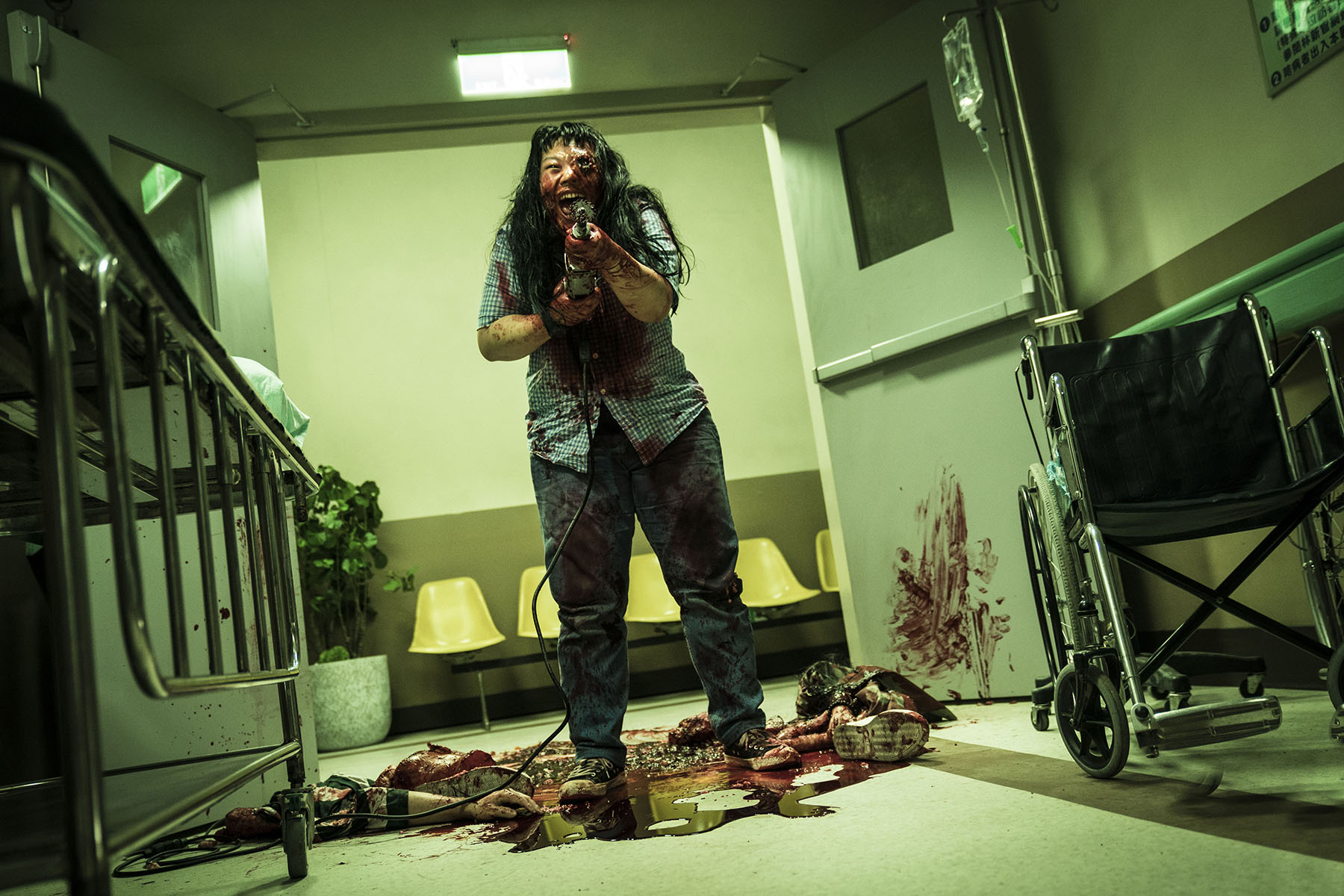 And he managed to create a brutal film, which stands out from the crowd. I’ve seen horror movies, and films with violence. But rarely have I seen any that looked like The Sadness. I have also seen a lot of films that have focused on the idea of a pandemic, since the arrival of the Covid. But until now, none had been up to the task. But Jabbaz literally makes the adrenaline explode. Yes, there are times when there is more hemoglobin than needed. For example, in the metro scene, where the action begins. But let’s say that this scene sets the table.

Shattered heads, broken arms, pierced eyes, sordid rapes, gratuitous assaults… anything goes. But the result is striking and captivating. The director is not wrong when he says that people have desensitized themselves to violence with all these games and tv shows. In a way, it’s worrying that we need a movie like The Sadness to shock us with its brutal violence. All that with a totally successful visual effect.

For its release, the film premiered across the country. It is some 80 theaters across Taiwan, on January 22, 2021, that played it. The film received critical acclaim, but polarized audiences. Some praised it for his fearlessness, provocative cinematography, and high-energy storytelling, while others called it revolting and vilified what they interpreted as “anti-social themes.” 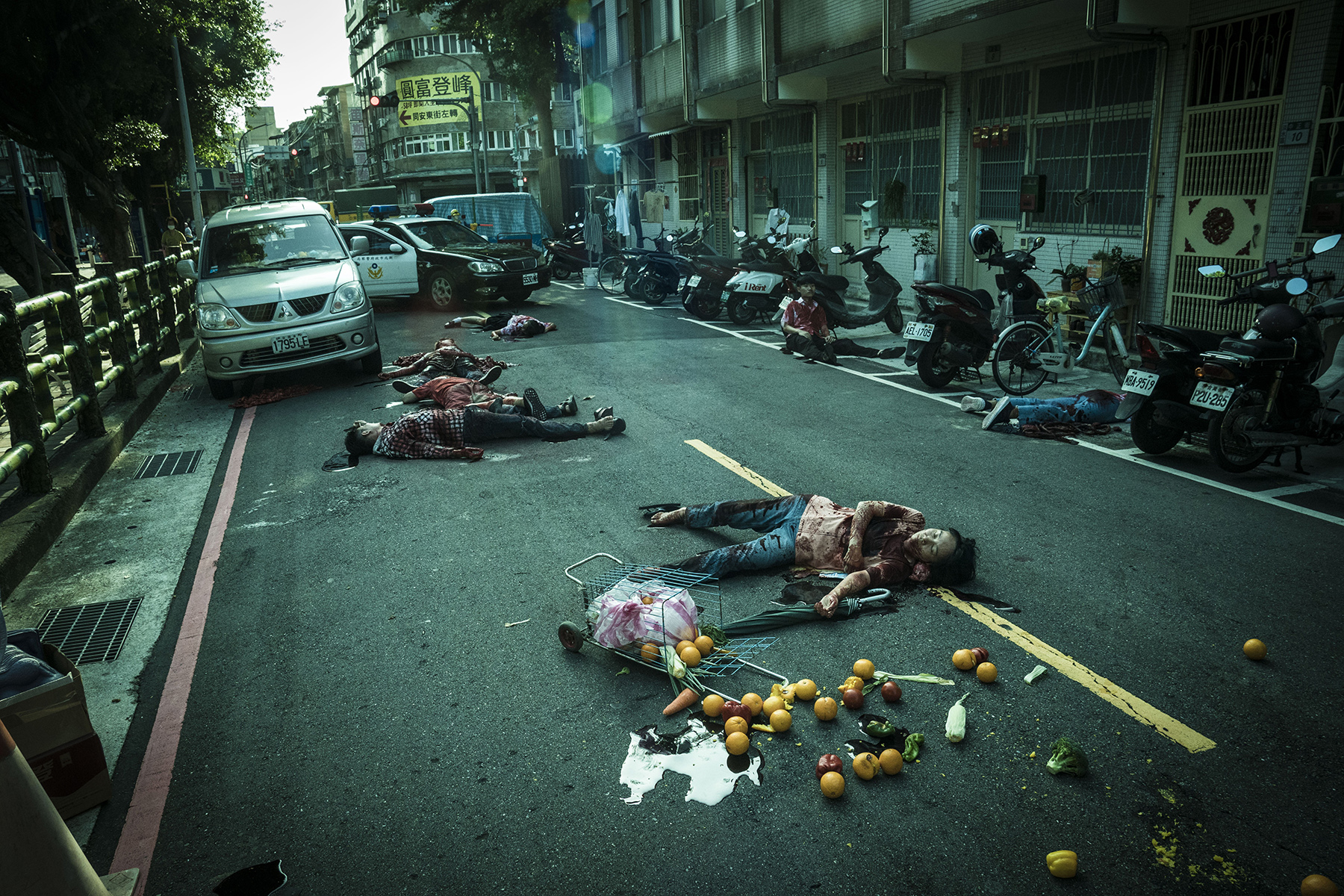 There will certainly not be the same polarization in the West. But The Sadness risks to shock more than one. Especially since we are still fighting with the Covidiots who continue to deny the pandemic and its seriousness. It is in this kind of context that the most violent feature film in Taiwanese history is presented tonight at Fantasia.

Rue Morgue, one of the most respected horror film magazines, wrote this about the film: “The Sadness is the most violent and depraved zombie movie ever made! It is quite something. 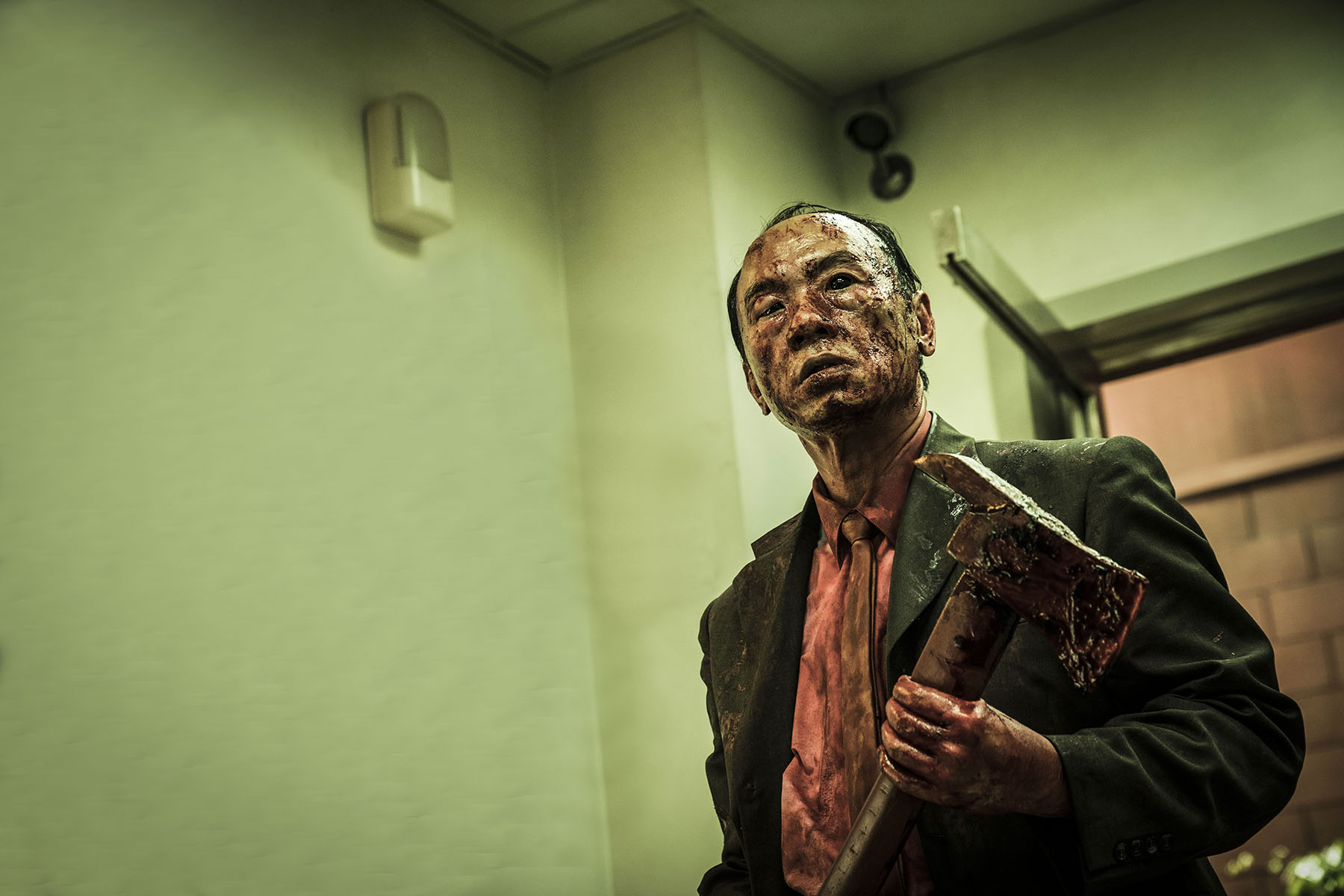 If you missed The Sadness‘ presentation tonight, take a note so you don’t miss it when it hits our screens.

The Sadness premieres at the Fantasia Festival on August 21, 2021.