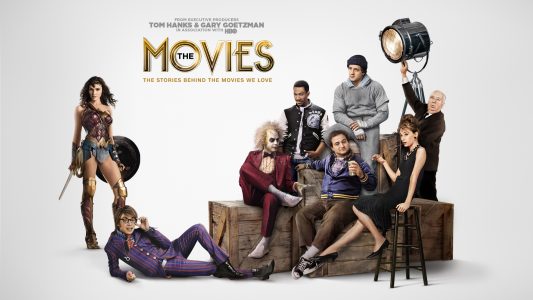 The Movies — The Rich History of American Cinema

By Francois Grondin
On 2 August 2021
Series in streaming 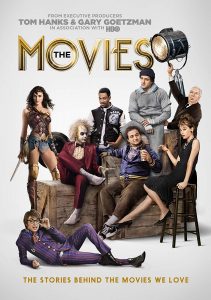 The Movies explores American cinema through the decades and the cultural, societal and political shifts that framed its evolution. Combining archival footage and interviews with leading actors, directors, producers, critics and historians, the series showcases the most pivotal moments in film that have stirred the imagination and influenced our culture.

The Movies series, produced by CNN, is coming to Hollywood Suite Canada! This series retraces, in a captivating way, the rich history of American cinema, and especially Hollywood. Although each episode is 84 minutes long, I devoured it in 2 days.

There are many things in this first episode. Almost 60 years are summed up in this 84 minutes, which leads the viewer to realize that, although he has not seen these films (for the most part), he knows the images, the lines or the highlights. Who does not know “It’s aliiiiiive!” Or “Follow the yellow brick road”.

The Golden Age also shows how important women are, at this moment, in cinema. They are in all roles and they make more dollars than men. They are the stars that the public wants to see. Then the stars of the silent are packed (just like the women) and dumped when the sound arrives.

The Jazz Singer becomes the first movie with sound, and movies like King Kong and Dracula, help support Americans during the Depression. Walt Disney creates the first animated feature film with Snow White and the Seven Dwarfs. Audiences fall in love with comedies like It Happened One Night and westerns starring John Wayne and Gary Cooper. The series revisit, with comments, Wizard of Oz and Gone with the Wind, Casablanca, Citizen Kane and Sunset Boulevard (with the great Gloria Swanson). A new style of on-screen play begins to emerge with the performances of Marlon Brando, James Dean and Eva Marie Saint. Legendary musicals are released, including Singin’ in the Rain and A Star is Born. Hollywood’s golden age is coming to an end with directors at the peak of their careers: Billy Wilder does Some Like it Hot, Hitchcock creates Vertigo and John Ford offers The Searchers.

The 1960s began with a bang with West Side Story and Lawrence of Arabia by David Lean. But psychologically strained stories like The Apartment, Psycho, and The Manchurian Candidate show that Hollywood can operate on a smaller scale as well. It also explains, in this episode, that it is the beginning of the “author” film. In other words, directors are starting to make a name for themselves. Stanley Kubrick went through the decade with Spartacus, Dr. Strangelove and 2001: A Space Odyssey. Jerry Lewis, Doris Day and Mel Brooks create popular comedies and James Bond makes his screen debut. The face of the Western changes with Clint Eastwood and actors like Paul Newman in Hud and Butch Cassidy, Steve McQueen in The Great Escape and Sidney Poitier in Guess Who’s Coming to Dinner dominate the box office.

The sixties are also the great follies of the studios. Cleopatra comes close to destroy Fox with a colossal budget. Which, at the end of the decade, gave birth to a more creative, low-budget cinema, inspired by European cinema. A less relevant part, in my opinion, is the one where we constantly show which movie wins at the Oscars. It is time that could have been taken to present other anecdotes or other important films.

The seventies are considered as a second golden age for American films. It’s the arrival of several big names behind the camera: Robert Altman, Sidney Lumet and Martin Scorsese, who all develop unique personal styles that help define the decade. And the success of films like The Exorcist and The Godfather paves the way for a New Hollywood where the director has greater control. We are slowly starting to make room for a few African-Americans in front of and behind the camera. This episode also gives way to political cinema (heavily influenced by the Watergate and the Vietnam War) and, of course, disco madness with John Travolta who becomes famous in Saturday Night Fever and Grease.

By the end of the decade, young directors — including Lucas, Spielberg and Coppola — shift from more personal cinema to blockbusters as Jaws, Star Wars and Close Encounters of the Third Kind and capture audiences’ imaginations and lead the way to future films. Small funny anecdote… Did you know that Francis Ford Coppola didn’t want to The Godfather at all? It is difficult to imagine what cinema would have become without these major works.

The 1980s got off to a strong start with big names starring in landmark films: Robert De Niro in Raging Bull (Scorsese), Jack Nicholson in The Shining (Kubric) and Robert Redford leading an all-star cast in Ordinary People. The Empire Strikes Back becomes the year’s biggest movie and sets the tone for the rest of the decade, where filmmakers like George Lucas, Steven Spielberg and Robert Zemeckis set box office records with spectacular films. It is also the beginning of a cinema which targets teenage audiences. We can especially think of the classic Fast Times at Ridgemont High and The Breakfast Club. At the end of the decade, Tim Burton revitalized the superhero genre with Batman, Sex, Lies and Videotape propels independent filmmaking into mainstream audiences, and Spike Lee ignites cinema with his controversial masterpiece, Do the Right Thing.

Without knowing it, Burton had just changed cinema forever and what the blockbuster will be in the 2000s.

This is the decade that made me love cinema and made me want to make it the field of my profession.

The 1990s begin with controversial and violent characters who provide a frightening reflection of American society: Hannibal Lecter (Silence of the Lambs), the mafia of Goodfellas and the free women of Thelma & Louise. Boyz ‘n the Hood is helping usher in a black film movement starring and directed by African Americans. Steven Spielberg revisits the war with Schindler’s List and Saving Private Ryan. Advances in digital effects lead to blockbusters like Terminator 2, Jurassic Park, The Matrix, and Titanic — which some feared would be a new Cleopatra debacle. Independent filmmakers like Paul Thomas Anderson with Boogie Nights, Wes Anderson with Rushmore and Richard Linklater with Dazed and Confused are making the jump from film festivals to multiplexes, while Quentin Tarantino becomes a fixture with Reservoir Dogs and Pulp Fiction. Two films that have since become cult movies. Romantic comedies are becoming popular. Will Smith becomes the first black to be the male face of cinema. The decade ends on a positive note, with films hailed by critics, which marked my imagination and made me who I am. I’m thinking of titles like Magnolia (Paul Thomas Anderson), Fight Club (David Fincher), Boys Don’t Cry (Kimberly Peirce), The Insider (Michael Mann) and Being John Malkovich (Spike Jonze) making 1999 one of the best years in the history of American cinema.

As the century turns, Harry Potter and Lord of the Ring make studios realize that the future is in endless sequels. Pixar is reinventing animated cinema and attracting adults and children alike with films like Monsters, Inc. and Toy Story. Musicals are making a comeback, because of Baz Luhrmann and Moulin Rouge. The superhero film emerges as America’s favorite genre, as Christopher Nolan completely reinvents Batman mythology and the Marvel Cinematic Universe takes shape. The series even takes the time to offer a small tribute to Heath Ledger, who, with his Joker, will have changed the image of what can be a villain in the cinema. James Cameron is directing the most profitable film of all time again, with Avatar, the same year his ex-wife, Kathryn Bigelow, becomes the first female director to win the Academy Award for Best Director for The Hurt Locker. Brokeback Mountain breaks down barriers and taboos — while making conservatives howl — and Moonlight, Lady Bird and Get Out diversify the movie scene and show that the future of cinema belongs to everyone.

The Movies is not a documentary series that revolutionizes anything. Rather, it is a film of anecdotes and memories. Whether we like Hollywood cinema or not, its films have often rocked our childhood and allowed us to dream. My childhood is Wizard of Oz and Terminator. My adolescence is Silence of the Lambs, Boogie Nights, Pulp Fiction…

Then, as I got older and more selective, it was Boys Don’t Cry, Being John Malkovich, and Eternal Sunshine of the Spotless Mind that fueled me. Without forgetting David Lynch, who is, even today, the director who made me vibrate the most.

By Francois Grondin
On 2 August 2021
Series in streaming