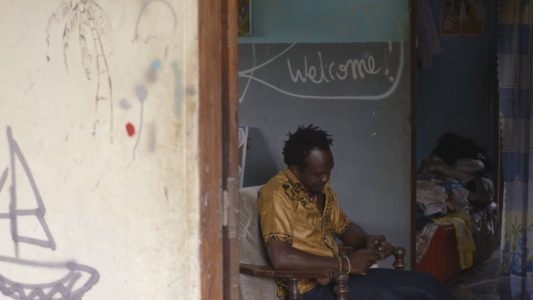 What I want to share with you are; one short animation, two middle-length, and one short documentary (from the “Regards d’ici” section). All of them are very well-made. 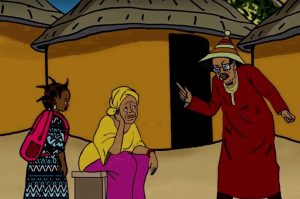 Bintou is a 13-year-old girl. As any girl at her age, she goes to school. Very intelligent and always in the top 5 of her class…

The 13 minute-story begins with a fairy-tale narration: “Once upon a time…”. Then I was almost sure that it would be a sad story, that the girl would be forced to marry an ugly old man, have a hard life and die, or something similar… But I was wrong. The film is a beautiful fairy tale, adapted to a situation today: In a traditional fairy tale, we often see a story of a child abandoned by (step)mother. Would it be the same in this film…? A very inspiring work. Highly recommended. 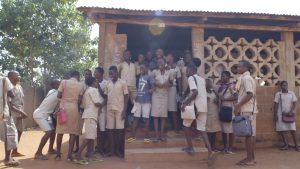 Médias Gayet is a young entrepreneur in Benin. The death of his elder brother was a strong shock to his family. While the film sensitively describes a portraits of this African mourning family, it also explores various aspects of rich African spirituality in Vaudou’s cradle, Benin. Starting from presenting the importance of Sacred in Animism by introducing important characters of Beninois culture such as Bokhonon and Fa, and ending by witnessing the custom of accompanying the death for reincarnation, Pour ne plus mourir (For not die anymore) attempts to find a hope to reconcile livings and deaths.

« Les morts ne sont pas morts (The deaths are not dead) ». This is the leitmotif of this medium-length documentary, and it is the essential idea of death in Beninois philosophy. The film is an ambitious work which succeeds in beautifully showing all spiritual richness that can be found everywhere; in a town, the countryside, the house, the school…, and in family, healers, professors, artists, …, and in Christianity, Animism, Islam, etc., without rendering it a simple patchwork of diverse elements. And it would not be too much say that the end credits is one of the most successful parts in the film. Extremely recommended. 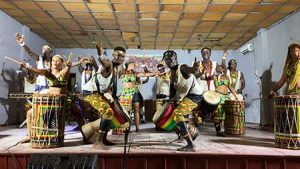 Badera is a group of percussionists in Guinea. The story takes place in a stilt building, where they live and practice the percussion. In this documentary, we go into their universe, and we witness their daily life and their efforts to make a big project come true.

In a sense, it is a growth story of musicians: meeting and collaborating with famous musician, learning to concentrate during practice and to wear costumes. The ambiance is, from the beginning to the end, mostly encouraging and full of energy. But, is it only me who feels something uneasy? Is it always a good thing to become a professional, if it is utterly necessary to make living? Watch and see what you would feel!

This is a history that overlook over four centuries of Blacks in America. A story made of choreography and illustration, in contemporary dance.

It is a truly visual work of art, with film projection and theatrical setting. Throughout the 9 minutes and 30 seconds, important historical scenes are depicted: from slave trading, via cotton plantation, to social movements for freedom in the “American” history. Other scenes, with no particular title, show us the Blacks’ journey through history, even when there is no “historical moment” to name.