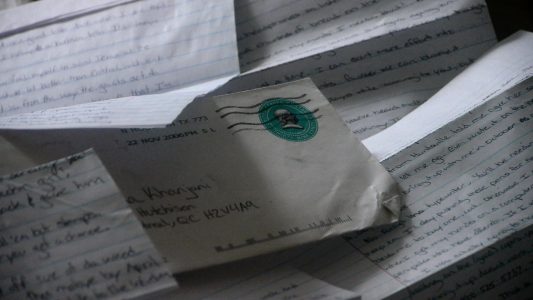 The four short films presented here are all documentaries that deal with social issues. You will definitely be brought to think about those issues. 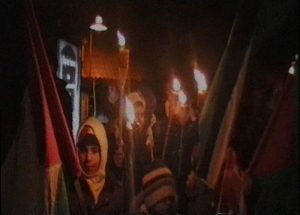 Immediately after a Palestinian man signs an online petition, he is thrown into a panic-inducing spiral of self-doubt. Over the course of a conversation with an understanding friend, he analyses, deconstructs and interprets the meaning of his choice to publicly support the cultural boycott of Israel.

The scene is quite simple: there are only voices coming from a conversation between two men over phone, with faded (rather nostalgic?) images of the inside of an apartment and their home country, Palestine. But the discourse is extremely powerful. By following their philosophical and rhetorical persuasive arguments, those images make you look into the brains of the man who tries to understand a certain social situation. “I Signed the Petition” shows what really means “to think”.

A Model Family in a Model Home (Zoe Beloff) – USA 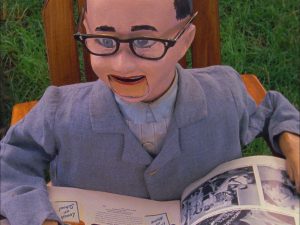 Fleeing from the Nazis, Bertolt Brecht arrived in Los Angeles in 1941. This film is inspired by notes for movie that he based on an article in Life Magazine called A Model Family in a Model Home. It explores Brecht’s ideas about working people and the home as a stage upon which larger political and social forces are played out.

Brecht is a playwright who loves a “model” because it represents social values, systems, and even ideologies. His aim is to deconstruct various models formed by society. Therefore, a “model” has an ironic sense. “A Model Family in a Model Home” is a clear manifestation of Brecht’s thoughts. It describes changes in the concept of “model home” for the last half-century. Honestly, I had to watch the film twice to enjoy it… You might get lost by the amount of information and the numerous situations and characters (voices). This is a film of a kind, “the more you chew, the better it tastes.” 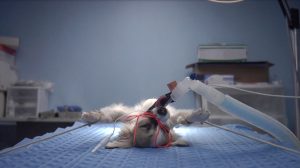 What does the world look like to animals? That’s one of the questions I am curious to know for a long time. In this respect, “Animals Under Anaestesia” strongly attracted me. The circumstance is unique: It’s about “domestic” animals “under anaesthesia” during medical treatments. There is no explanation nor language, but only vague images with vague sounds, as if you felt foggy from a fever. And in each scene, there are traces of human life… The film invites you to a strongly imaginary world. 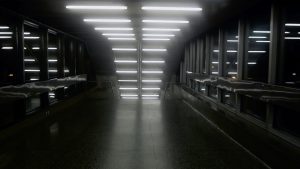 Free World Pens is a film about family and solitary confinement. The film takes shape through letters from a man incarcerated in Texas, whose words echo in the mind of his sister as she walks freely through Montreal.

Silence and solitude enfold the atmosphere. Any delicate sounds in the film serve only to emphasize this atmosphere. In the image, the time passes as seasons change: from one winter to another winter, and so on… But the life described in the letters has no change. The lightness expresses the emptiness, and it shows how hard it is to express it when you feel totally lost. Beautiful and sad, like a lamentation. This is a reality transformed into a poetic expression. It surely deserves much more attention in the world.