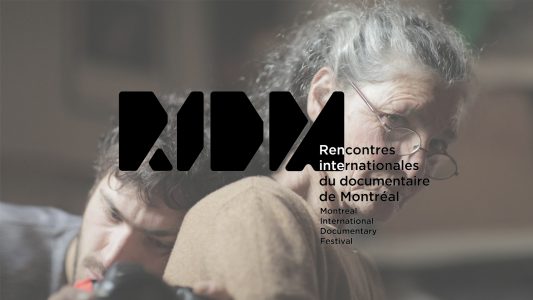 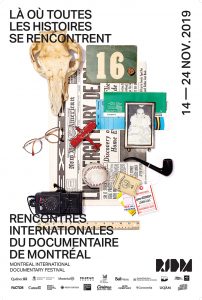 From November 14 to 24, the 22nd edition of the Montreal International Documentary Festival (RIDM) will be held. A total of 154 documentaries from 47 countries will be presented at the festival. In this selection, we will have the chance to watch the screening of 57 Québec and Canadian films, such as Denis Côté’s Wilcox (Vic+Flo ont vu un ours, Boris sans Béatrice).

For the opening on November 14, the documentary portrait The Disappearance of my Mother, first feature film by Italian director Beniamino Barrese will be presented. He devotes it to his mother, the model Benedetta Barzini, formerly the muse of renowned artists such as Andy Warhol and Salvador Dali, who told him his desire to completely escape the spotlight. A revelation at the Sundance Film Festival, the documentary captures the latest images of a woman whose identity was once linked to cameras.

The closing film takes a look at an entirely different question of identity: that of children who are passionate about performing as Drag Queen. And they do! The director, Megan Wennberg, follows them on the eve of their first performance at Pride Montreal. Drag Kids will be presented on November 23 in the presence of Megan Wennberg and Queen Lactatia, protagonist of the film.

A Look on the World

RIDM is also an opportunity to travel around the world. For example, you will be able to discover aspects of Chile, thanks to the work La Cordillera de los sueños. The documentary marks the end point of Patricio Guzmán’s geographical and political trilogy on Chile. The filmmaker focuses in this episode on the Andes Cordillera and discusses the relationship of the Chileans to their territory.

After winning the Grand Prix of the international RIDM competition in 2016, Chinese director Shengze Zhu shares images of China in Present.Perfect. Using only live video, Zhu created a daring documentary that earned her the Golden Tiger at the Rotterdam Film Festival.

But RIDM do not only offer an international perspective: we will have the opportunity to make incursions in communities closer to us: those of the Aboriginals especially, with Alanis Obomsawin’s 53rd film, Jordan River Anderson, the messenger. RIDM is also making room for emerging indigenous filmmakers by partnering with Wapikoni Mobile. The screening of each film of the national competition will be preceded by that of a short film produced by the organization.

Alanis Obomsawin’s film, by treating the reality of health care reserved for Aboriginal children, earns a place in one of the three new categories presented in the RIDM this year, completing the traditional “Portraits” and “States of the world”: “Resistance”. The other two categories will show works that present a current look at history (“Revisited History”) and that take a look at the alarming climate situation (“Natural Histories”).

Nine films will contribute to this last section, including The Hottest August, in which Brett Story offers a lucid portrait of contemporary American society, between Trump and the effects of global warming, and Fordlandia Malaise (Susana De Sousa Dias), who returns to a neocolonialist industrial project set up in 1928 in the Amazon rainforest.