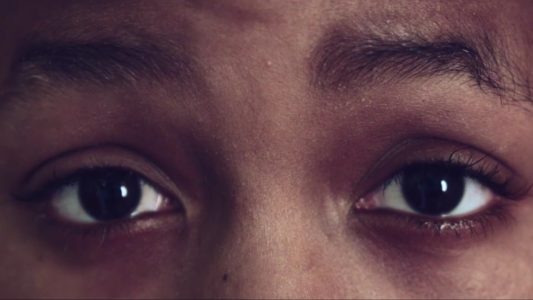 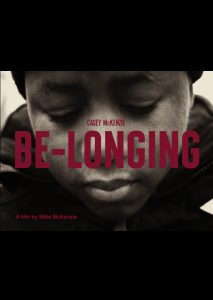 Be-longing is the story of a young boy aged 9 years old who has been placed in care and is living in a foster home. Removed from violent and chaotic birth parents after a series of family breakdowns, he is torn between accepting the trust, kindness and security of his foster family and remaining ‘loyal’ to his birth parents who he still loves dearly.

The spelling of the title announces immediately the speech underpinned by this short film: the relationship between identity and belonging to a group, in this case to the family. Khoji (Casey Mckenzie) is progressing in a new foster home. We feel his loneliness, his search for identity, as he gradually settles into his new life.

A little flat: the format of the film is perhaps a bit short to report such an evolution. At one point, we feel a little rushed by Khoji’s change of attitude. But then we see that it’s necessary to the end of the story… And the result is a very touching film, which can only raise awareness on the difficulties experienced by these children moved from one family to another. It’s precisely what Mckenzie wanted with this film and we can say he achieved his goal.

That the characters are black is of little importance; it’s a story that could happen to any child, in any family. And that’s what makes this film so great: finally, black people do not embody characters who must absolutely be black. It seems to me the best way to value ethnic diversity on screen. Congratulations to Mckenzie for that.

But the story of Be-longing is mostly touching thanks to the script and the visual aesthetic used by Mckenzie. The fact that no sound comes out of Khoji’s mouth when he speaks could not more clearly show his isolation. A very interesting and original cinematographic strategy. The fixed shots on his face also compel the viewer to confront the boy’s emotions.

These fixed shots are alternated with others that suggest movement. The shots on Khoji’s face or on the house contrast with those of the days that pass on the calendar or the walking characters. It offers a comment on the situation: time passes, but nothing changes. Sadly. And this for too many children.

Be-longing is screened at the Montreal International Black Film Festival on September 26, 2019.