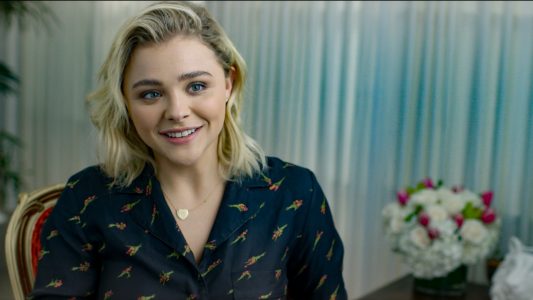 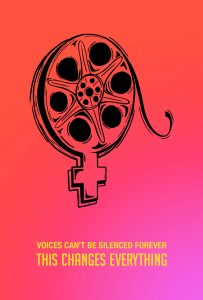 Told first-hand by some of Hollywood’s leading voices behind and in front of the camera, This Changes Everything is a feature-length documentary that uncovers what is beneath one of the most confounding dilemmas in the entertainment industry—the underrepresentation and misrepresentation of women. It takes an incisive look at the history, empirical evidence, and systemic forces that foster gender discrimination and thus reinforce disparity in our culture. Most importantly, the film seeks pathways and solutions from within and outside the industry, and around the world.

With This Changes Everything, Tom Donahue sends a cry of war to an industry that has long refused to accept that the world has changed. But, beyond the main question, I ask myself this question: is this film a documentary or an advertising pamphlet?

The Geena Davis Institute On Gender In Media

Founded by Academy Award®-winning actor and advocate Geena Davis, the Institute is the only research-based organization working within the media and entertainment industry to engage, educate, and influence the need to dramatically improve gender balance, reduce stereotyping and create diverse female characters in entertainment targeting children 11 and under.

GDIGM has amassed the largest body of research on gender prevalence in entertainment, which spans more than 20 years. Their biennial symposium is the only event convening over 300 decision makers, content creators, and thought leaders to share best practices and create a blueprint towards establishing a gender-balanced media landscape.

The Institute works collaboratively with decision makers and content creators through their workshops, training sessions and research backed content evaluation and recommendations. Its community educational outreach aims to inspire and sensitize the next generation of content creators to focus on gender equality and reducing stereotyping in children’s media. Their three-tiered approach of research, education and advocacy has brought the Institute to leading media and entertainment companies, organizations, educational institutions and multinational companies. The Institutes’s research studies are frequently quoted in the main media.

Do you feel like I’m doing a big advertisement for this institute? That’s exactly the feeling we have at times while watching This Changes Everything. Do not get me wrong: the subject of the film – gender inequality – is good and is a real problem. But I’m not convinced that this documentary actually helps the cause.

There is another major problem with this film. We have the impression that a group of women gathered for the only purpose of complaining and complaining. Again, the problem is real. But in this case, I simply do not believe it. Yes, some of the speakers are there for the right reasons. But when I’m told that we have to stop showing stereotyped women as sex objects, then I’m told that we need to give more place to women to show young girls some good examples, but that the main argument I am given is that a film made by a woman can do as much, if not more, cash than a film made by a man… It looks like I buy the cause less. Especially if you give me as an example, Wonder Woman, directed by nothing less than a woman. So what I am told is that to fight the stereotype of the object woman is to show a woman dressed in a very sexy way, who kills people? Uh… Really? We are certainly not talking about the same thing here…

That’s part of the problem with This Changes Everything. When the director (yes, a man) says he wants to do this film to denounce a problem, it suits me perfectly. But perhaps he should have been content to deal with just one problem: the inequality in gender representation in the Hollywood entertainment industry.

Because it may well be full of numbers, the impression remains that we watch a group of women complain without having any real arguments. When I am told that I should be offended and shocked by the fact that there are less than 10% of the top 100 most grossing films that are directed by a woman… I wonder what it could mean. Is it because there are few women who have the opportunity to make films? Or is it because women are not able to make films that pay? I know it’s just a basic example. But the film is filled with this kind of incongruities. So, suddenly, we do not believe it so much anymore…

Believe me, I am for equal opportunities in the workspace. But I wonder. When Melissa Goodman states, “If you are a person with hiring power and you’re not actively working to hire women, then you are part of the problem.” I have the impression that we are creating another type of injustice. If we are actively working on hiring women, does that mean we are putting aside good male candidates just for the sake of having the famous 50%? If so, I get the impression that one problem is being solved by creating another one.

We learn in this film that it’s been more than 70 years that women are not given jobs as directors. It is even worse when we are told that not only directors’ positions are not offered to them, but that the positions of first, second and third assistant directors are not offered either. So, if I understand what I’m being told, the problem is that women have not been able to gain the experience to earn a good job. So I ask the question: Would not women be better at fighting for an equal chance of getting these smaller jobs, but they would have the much needed experience for a studio to give them the reindeer of a big budget movie? It is not glorious, indeed. But only then will women be able to say that they have exactly the same resume as the men who take the jobs before them. Then they will finally be able to access these jobs. You have to start at the bottom. No?

“This Changes Everything is not meant to be just a demonstration of the problem, but a call to action to advance the cause of the radical change needed for us to progress as a culture and as a country.” Indeed. But, unfortunately, this film misses the target by an incredible distance. One has the impression of another pamphlet showing the bad white, heterosexual man as the monster to kill.

But do not worry. We are also told that only Americans can lead the fight for gender equality and that without the US, the world will never be able to have good role models for young girls. As we know, the US is the leader at the level of equality. Well, in front of all these Northern countries. Thank you Donald Trump for allowing us to make it happen! 😉