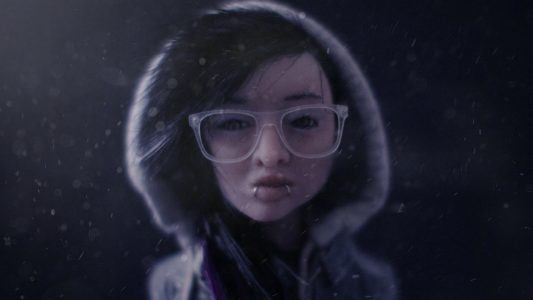 Biidaaban (The Dawn Comes) – The Color of Anger

« In the old times, it was important to take care.» 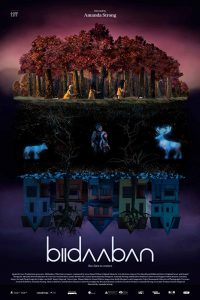 Since time immemorial Indigenous people have harvested sap from trees to produce syrup a practice that continues today. Two main characters Biidaaban, a young Indigenous gender fluid person, and Sabe, a Sasquatch shape shifter, set out to harvest sap from Sugar Maples in their urban environment and private neighbourhoods of the city. By harvesting syrup in this way they are continuing the work of their ancestors. Ancestors and animals such as Ghost Caribou and Ghost Wolf are embedded within the landscape but only Biidaaban can see them. These visuals reverberate throughout the work to draw from the past but what we see is steadfast in the present.

In Biidaaban (The Dawn Comes), Amanda Strong uses a rich visual aesthetic to highlight the confrontation between Aboriginal traditions and the modern North American way of life.

The collection of maple sap

The story of this animated short film is very simple: the collection of maple water, in a modern environment and with modern means. The setting is in a residential neighborhood; Biidaaban uses a drill and metal boilers… The Indigenous universe is however represented at various times by animal figures from the Anishinaabe’s mythology. Despite this very simple scenario, Biidaaban (The Dawn Comes) is surprisingly rather hard to follow. And even more if we know little about the process of collecting maple sap. 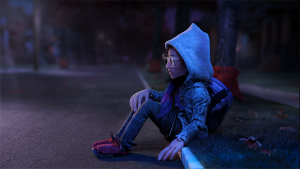 The short film is not black and white, but the colors used give a similar effect. We remain throughout the film in dark, black and bluish tones. Punctually, some color elements appear in this shadowy space. The red objects clash in the dark environment. What are the elements in red? The “X” inscribed on the trees by, we suppose, the inhabitants of the district. The nets that surround the trees and imprison the character at the end. A barely veiled message, an obvious symbolism?

The night and the dawn 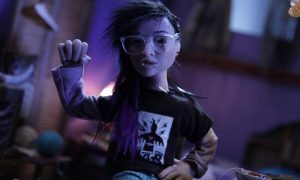 “In the old times, it was important to take care.” This sentence sounds like an accusation… Charging contemporary world that encroaches on indigenous territories. Charging North American culture that transforms nature into urban space and does not respect natural resources offered by Mother Earth.

It is also the speech implied by the aesthetics of Biidaaban (The Dawn Comes). The dark colors used throughout the film constrain the plot in the night space. The characters are thus prisoners of an endless night. Forced to hide, they wait for the arrival of dawn, as the title suggests.

The message launched by the short film could be more original. By focusing on the Indigenous claims that blame Western civilization, the film leaves us disappointed. We would like to learn more about Anishinaabe culture. In addition, it is, despite the beautiful visual aesthetic, long … very long for a film that lasts less than 20 minutes.

Biidaaban is presented at the Présence autochtone festival on August 10 2019.