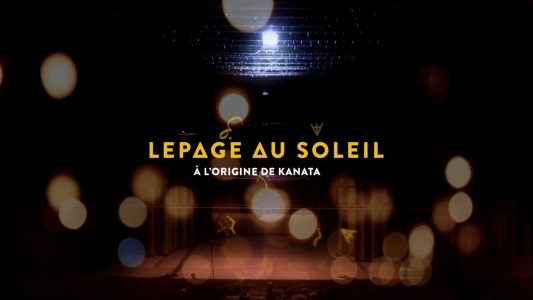 Lepage au soleil: At the Origins of Kanata – Appropriation

« Le théâtre c’est ça… c’est jouer l’Autre.
C’est aller vers l’autre, en s’appropriant son corps, sa culture, son costume. »
[“Theater is that… it’s playing the Other.
It is meeting the other, by appropriating their body, their culture, their costume.” 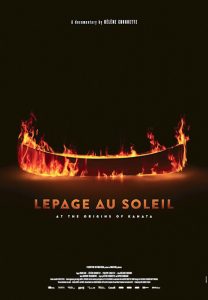 In the spring of 2016, for the first time in 54 years, Ariane Mnouchkine entrusts her troupe, the Théâtre du Soleil, to another director: Robert Lepage. He embarks on the creation of Kanata, a work that imagines the meeting of Europeans with First Nations people of Canada over a period of two centuries. After more than two years of work, the rumor of a show about First Nations people without their direct involvement sparks debates in the Canadian media, and soon in Europe and the United States. Its creators are accused of cultural appropriation, while no one has even seen the show.

Hélène Choquette’s Lepage au Soleil: The Origins of Kanata shows how, the 36 actors from 11 different countries, discover in their own stories an astonishing resonance with the stories of the people they are telling. Inspired by the cosmopolitanism of the troupe, Robert Lepage tries to get them to talk about their own stories through those of the Indigenous people of Canada. The documentary plunges into the heart of a theatrical creation in search of universality, but turned upside down by a media scandal even before its premiere.

Before getting to the heart of the matter, I think it is important to introduce the main protagonists of this documentary.

Multi-talented, a true creative genius, Robert Lepage has lead a dazzling and acclaimed career renowned for its eclecticism. A multidisciplinary artist, Robert Lepage has a master’s degree in acting, drama, directing, actor and stage director. Hailed by international critics, he creates and brings to the stage original works that upset the standards of scenic writing, especially through the use of new technologies. He draws his inspiration from contemporary history and his work, modern and unusual, transcends borders.

Ariane Mnouchkine founded the Théâtre du Soleil in 1964 and moved to La Cartoucherie, a former powder factory located in the middle of the Bois-de-Vincennes, in 1970. As a cooperative production company, the troupe quickly established itself from the early 1970s as a major player on the theatrical scene. With some 70 artists, the Soleil is built like a family, with a mode of operation specific to the troupes of the traveling show tradition. Everyone receives the same salary. From the collective kitchen to the household chores, to the creation of sets or costumes: everyone touches everything. Investing in the desire to make theater a place of high-quality popular culture, Ariane Mnouchkine is committed to political, social and human issues. Over the years, Ariane Mnouchkine has opened her theater to actors curious to approach her world. Actors from all over the world are flocking from all over the world to take part in the Soleil’s internships. Brazilians, Iranians, Afghans, Chinese, Europeans from all walks of life, The Soleil, today, represents about 25 different nationalities.

The suffering, the pain, the sadness… These are universal themes. If I wanted to summarize this documentary, that’s what I would say. When we listen – because to criticize, we must take the time to do so – the members of the troupe tell their life stories, we can only understand why it is relevant that these Afghan, Iraqi, Brazilian, French, Australian, and other actors, in fact, star in a play about the history of Canada’s Aboriginal peoples.

Who better to play a tragedy than someone who has experienced a tragedy? The important thing, and Choquette demonstrate it well, is not so much the origin of the actor as their ability to appropriate the character. Being kidnapped by the Catholic Church or being kidnapped by an Islamic group is just as tragic and disgusting. Then, in a play, like in a film, one can be inspired by a fact to reach people everywhere. And since suffering is not exclusive to a group, an Armenian can understand and interpret an Aboriginal person from here.

It was daring for Robert Lepage and Ariane Mnouchkine to embark on this kind of project. But in 2016, the madness of “cultural appropriation”, today at the height of the greatest misfortunes of the millennium, was not yet there. And one of the interesting points of Lepage au Soleil: at the origins of Kanata is that it tells the true story behind a theatrical adventure strongly denounced without it having ever been seen. It documents a fascinating process of research and creation.

It is important to mention that Hélène Choquette’s film is not about the scandal surrounding Kanata, but about the creative process surrounding the play. By the way, my main criticism about this documentary is the end that seems a little sloppy. The director seems to have been caught off guard when controversy struck. So she added newspaper clippings and a few sentences at the end to show that this scandal should not have broken out… 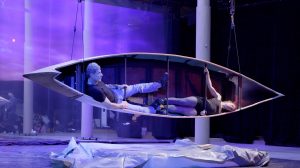 How is it that Kanata has created a scandal? How is it that sensitivities are so skimpy with respect to aboriginal peoples? Would a play be so damaging to their cause? Can we really think that the Théâtre du soleil and Lepage wanted to use indigenous people to make cash on their backs?

Lepage, however, seems quite aware of what Quebec is and what weaves our universe. He also said during the filming of the documentary: “In Quebec we have a terrible expression. We say we are Quebecois pure wool. There is nothing more impure than Quebec wool. In the sense that it is not true that there is a source, a branch, a culture, a race.” It does not sound like the speech you would hear from a racist or someone trying to appropriate another’s culture.

Anyway, with Lepage au Soleil: At the Origin of Kanata, Hélène Choquette revives the debate on the concept of cultural appropriation. A vague concept that leads to censorship and the scrapping of what could have been a great work. This represented more than two years of work for Lepage, but especially for the thirty or so comedians from around the world. People who have worked hard to tell the story of Aboriginal people here, through their eyes, their interpretation. An inspired interpretation of a life not always easy.

Like what, misery does not have only one face. We should not forget it…