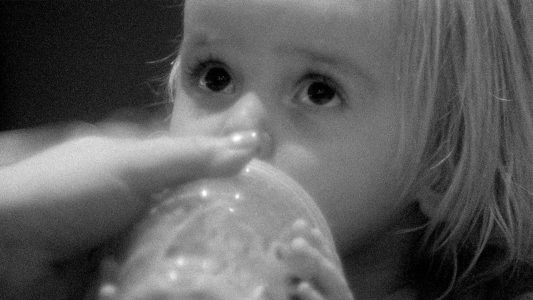 “Because we don’t think about future generations, they will never forget us”.
Henrik Tikkanen 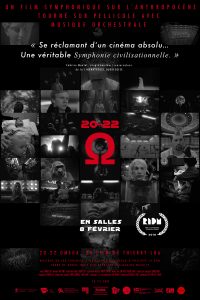 Homo Sapiens, bipedal primate species characterized by its language dependence and the fabrication and use of complex tools. Being the only survivor of the genus Homo, Homo Sapiens has become the most dominant species on planet Earth, thus creating a new era called The Anthropocene, the New Human Era.

Shot during 5 years in 100 different locations, with exclusive access to popular and limited spaces, spectacular events and fascinating characters, Thierry Loa’s 20-22 Omega, offers evocative images that document and reveal this new humanity known as the posthumanism. 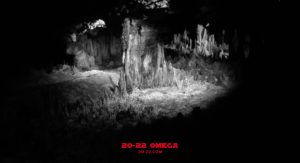 Recalling Godfrey Reggio’s Visitors, 20-22 Ω is a postmodern conception of the Avantgarde documentary movement of the 1920s that brought us “symphonic films” like Vertov’s The Man with the Camera (1929).

So why do I say non-fiction? In fact, I use the term of the director. A term that I found revealing because, we are not really in the presence of a typical documentary. But it is a work that is not a fiction either. So for almost 2 hours, we watch and listen to Loa’s vision of the human with this visual symphony of great power. 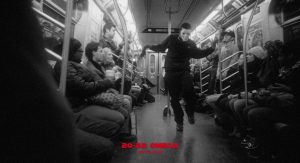 2O-22 Omega is a film that adheres to the codes of the classical form of “symphonic cinema” to tell an allegorical story about future humanity based on the past. Loa explains, “Inspired by past generations, I directed this film thinking of future generations: how will they remember us in 25, 50 or 100 years? These controversial modern times; humanity shaped in the capitalist world that forges the world of tomorrow, in the Anthropocene; a humanity intimately linked to technology for development and in contradiction with nature, while dominating all other species on Earth.”

By simply using the image and the music, without any dialogue, the director has the chance to join a universal audience without his message being shaped or modified by the use of a language in the classical sense. Obviously, in return, he cuts himself off from a less intellectual audience by making his film more subtle.

This choice of a voiceless and purely visual narrative is based on the following thought: it is inspired by the theory of the philosopher Ludwig Wittgenstein on “linguistic determinism”, according to which we understand our world inherently by the language we speak. So, in 20-22 Omega, the monochrome image sequences tell the story while its original opera frame composed of organ and choral voice, as well as Inuit throat singing and Sanskrit mantra, replaces language and offers universality. 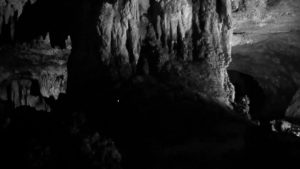 Unfortunately, the movie starts rather slowly. The first images lack strength. It’s a shame, because after 10 or 15 minutes, the film really takes off with beautiful pictures in black and white celluloid, on church organ music uniting to create a haunting soundtrack that replaces the language masterfully.

20-22 Omega thus invites us to a purely cinematographic odyssey in our civilization with a deep look at the nascent humanity in the Anthropocene: a time shaped by the presence and the human activities. This film takes the classical symphonic form of early cinema to tell a story about the postmodern world of the world marked by machines, technology and crowd density. A real experience…