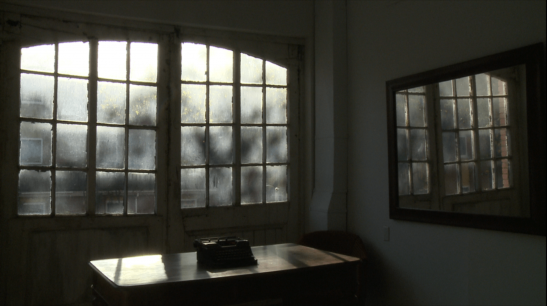 Impetus – m.n. Energy with which a body moves

“And one morning, exactly here in this kitchen… He said… Tomorrow I’m leaving you.” 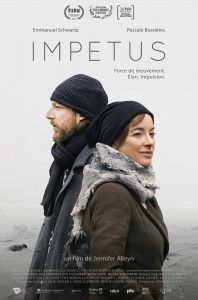 A filmmaker (Jennifer Alleyn) while filming in New York, wonders about the origin of the impulse. While her main actor (Emmanuel Schwartz) leaves the filming, she will have to be ingenious to carry out her project.

Presented as a world premiere at the 21st RIDM in National Feature Film Competition, Jennifer Alleyn’s Impetus is what the director calls a “hybrid film, or transgender! A filmic adventure that goes from the masculine to the feminine, from Montreal to New York, from the real to the imaginary… “

Impetus – m.n. The energy with which a body moves

Impetus comes from the Latin (im = in, and petere = to seek). With this film, the director scrutinizes the deep emotion, this space where the being is transformed into a prey to annihilation. She examines this “time out” which proves fruitful as it prepares the next momentum. Hence the title.

And movement, there is, in this feature film. An engineer abandoned by his lover, a filmmaker abandoned by her actor, an actress friend in introspect research (Pascale Bussières), a philosopher musician who put his guitar away (J. Reissner), all hit a wall. These are the 4 individuals we follow between Montreal and New York. Four people connected by the need for a new liberating momentum.

Using a hybrid form that gives way to the creative process of all, Impetus combines documentary and fiction, in an ode to the possibilities offered by the interstices between the real and the imaginary.

It seems that this hybrid form between documentary and fiction has harassed me for the last year… However, here, we do not claim that it is a documentary. So, I buy it. But I must admit that at the beginning, I was a little lost in all that.

But by choosing this hybrid form, and letting the viewer guess, she takes a big risk. People who do not know who Emmanuel Schwartz is, may be lost in all this. For people who love a more intellectual cinema, Impetus will probably be a treat.

Alleyn explained that she had bet on mixing fiction and cinema-vérité – she also dedicated the film to Michel Brault. It was a very good idea to use a flexible canvas, on which she placed the actors in real situations, where they improvised, with people on the street, in New York. This is where we can recognize the cinema of Brault, Perrault and others. It is also this choice that contributes to the fact that we no longer know what was staged and what was not.

Moving freely between fiction and documentary, self-portrait and poetic essay, Montreal and New York, Jennifer Alleyn’s latest film is a meditation on creation, everyday poetry, loneliness and the beauty of human contact. The director puts herself in “a film in a film” that could be characterized by experimentation on free cinema. By also allowing her actors a great creative freedom, Impetus becomes an ode to listen to the other and to the possibilities offered by the interstices between real and imaginary.

We could say hybrid film, or transgender. But Impetus is above all a film adventure that leads us to question the causes that motivate a person to move.