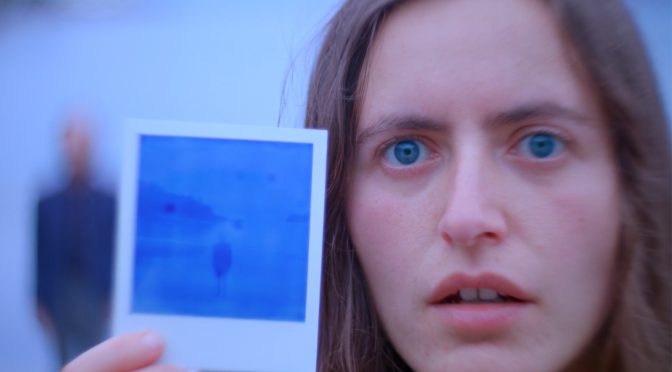 « … and saw the island rising in the distant sheen, white and filmy; a phantom island. »
Sheridan Le Fanu 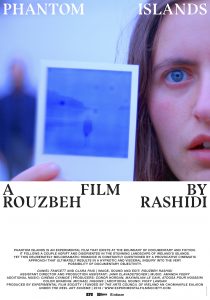 An adrift and alienated couple’s struggles blur into enchanting and mysterious Irish landscapes. Deliberately melodramatic, yet bold and experimental in visual style, Phantom Islands walks the very fine line between documentary and fiction, challenging the limits of each. To the backdrop of a lush sound design, Rouzbeh Rashidi’s camera looms over eerie and distorted landscapes, escalating the tension between the two characters to the point where they vanish into the hazy islands.

The Festival du nouveau cinéma (FNC) is an opportunity to see experimental cinema. I took the opportunity to watch Rouzbeh Rashidi’s Phantom Islands, a film without a single word and without synchronized sound. A cinematic adventure like I had never seen before.

Thunderstorms, images out of focus, asynchronous sounds… And no word. Yes, Phantom Islands is confusing.

I like this kind of cinema. I like when a filmmaker manages to catch me off guard. And Rashidi succeeded. There are some very beautiful scenes in this film. I think of, among other things, a scene of quibble between the two naked characters, outside, with the ocean in the background. Or to this image that comes back again and again, in which the young woman takes a picture with a Polaroid camera.

Obviously, a film of 86 minutes without a word and in one location, it does not please everyone. For my part, I cannot even tell if it’s a good movie or not. But isn’t that one of the qualities of an experimental film?

With Phantom Islands, I find myself again in a debate that hit me in the face a few months ago. And it’s the director who talks about it when he explains his journey for this film: is ‘documentary’ simply a category of fiction, a term used to give audiences an indication of the type of film they will be watching?”

But when does a filmed person or landscape become a fiction? When does a fictional construction fall back into the documentary reality of the moment it is filmed? 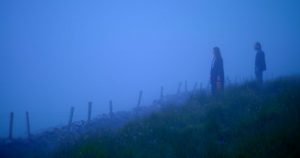 Phantom Islands uses images generally classified as documentary: portraits of local people on the islands where the film was shot, images of other visitors and crew members working or relaxing. Then there is fiction: stylized and melodramatic performances both conveying and caricaturing the extremes of emotion. Both approaches are responses to island landscapes that inevitably contain all these figures. But the islands themselves fluctuate between being presented as postcard clichés and wild exploration and disorientation sites.

So? Documentary or fiction? Anyway, if you want to live a destabilizing cinematic experience, buy your tickets because you will not be disappointed.