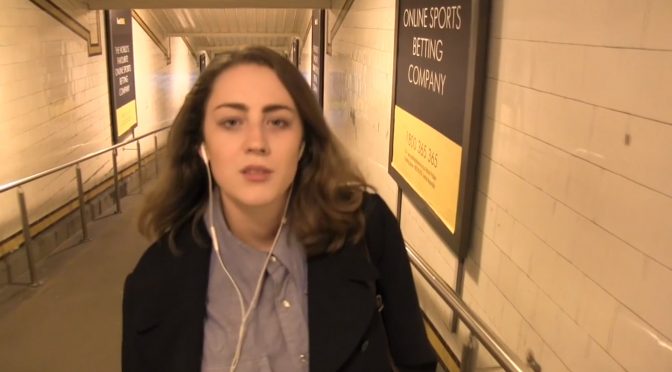 An average of two Americans have been killed by an Islamic jihadist immigrant every year,
while 21 were killed by armed toddlers. 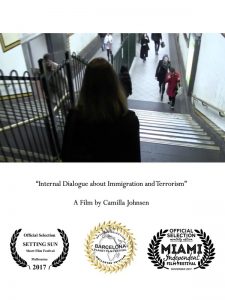 A young woman reflects on the place terrorism takes when it comes to immigration as she walks the streets of Melbourne.

In Internal Dialogue About Immigration and Terrorism, her first short film, Camilla Johnsen questions the importance of terrorism in everyday life. Do we give it too much importance? Not enough? Just enough?

Violence in our society

We live in a strange society. We say things, but we do the opposite. For example, we say that violence is bad. And yet the most popular movies and games are often the kind in which free and explicit violence reigns.

All religions advocate peace. But they create and maintain war and violence… Let’s be honest, our society loves violence. Especially since it offers good ratings.

The first notes are captivating… And throughout the film, it will remain present, but discreet. This delicate, pensive, “internal” music accompanies us superbly from the first second, to the last image.

In Internal Dialogue About Immigration and Terrorism the young director makes us think about the role we give or accept to give to immigration in terrorism. But how is it that we have created a link between these two totally different things?

Racist people have decided to use terrorism for electoral purposes, and that’s where it really becomes dangerous. The proof is the election of Donald Trump, or even the far-right government in Austria.

We know that fear can give control. But is terrorism the thing that should scare us the most? Johnsen offers us a sequence that I love in her film. She names a series of things that, for her, are more frightening than terrorism. “I’m more afraid of not having enough money on my public transportation card, going through customs at the airport, giving a speech in front of 40 people, standing on top of a skyscraper, showering in public, or being trapped in an elevator while somebody’s reading my private text messages.”

According to the young woman, there are two points of view in relation to terrorism: that of terrorists and victims and that of the public (which is often defined by the media).

Indeed. And it’s not unique to terrorism or immigration. Media has the opportunity to decide what the public will hear and, most importantly, what the public should think. It is not for nothing that Facebook was criticized for having influenced the vote in the last US election.

But did you know that you were more likely to drown in your bath than to die killed by a terrorist?

I had the opportunity to talk with Camilla Johnsen. I invite you to listen to our conversation on A Man’s POV.

Here is the movie: